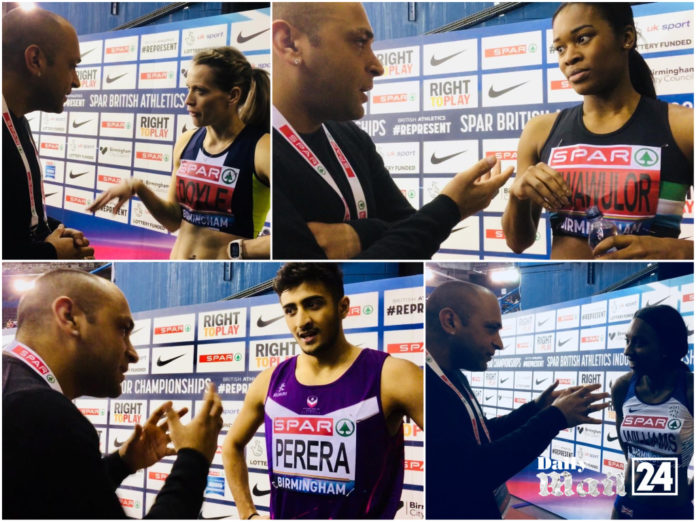 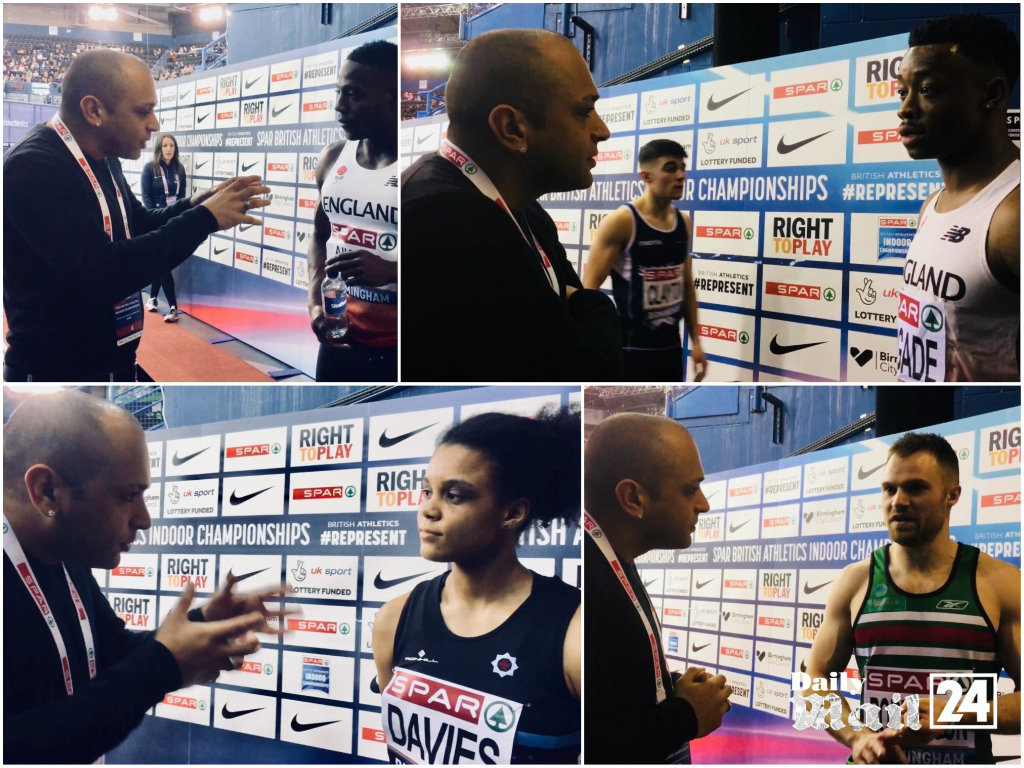 Rutherford, who won gold at London 2012, will be favourite for the long jump event, while Laura Muir aims for top spot in the women’s 3,000m.

Winners claim a place in the British Athletics team at the IAAF World Indoor Championships, also in Birmingham. Saturday and Sunday’s action will be streamed live on the BBC Sports website. 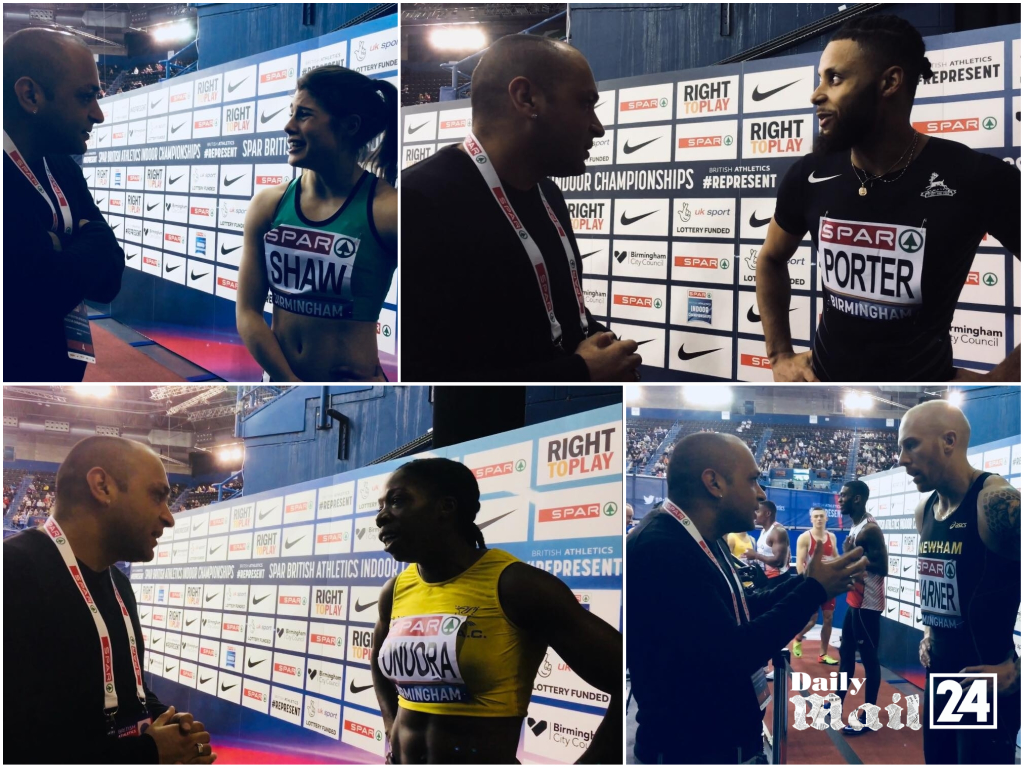 Sign up to get athletics news sent to your phone double world and Paralympic champion Aled Davies throws in the able-bodied shot put for the first time in a championship environment, while fellow para world champion Olivia Breen also goes in the women’s long jump alongside the likes of Johnson-Thompson.

British Athletics major events director Cherry Alexander said: “On the back of the success we saw last year’s stream achieve, we are delighted that we can offer this service once again to anyone who isn’t able to make it to Arena Birmingham this weekend.” 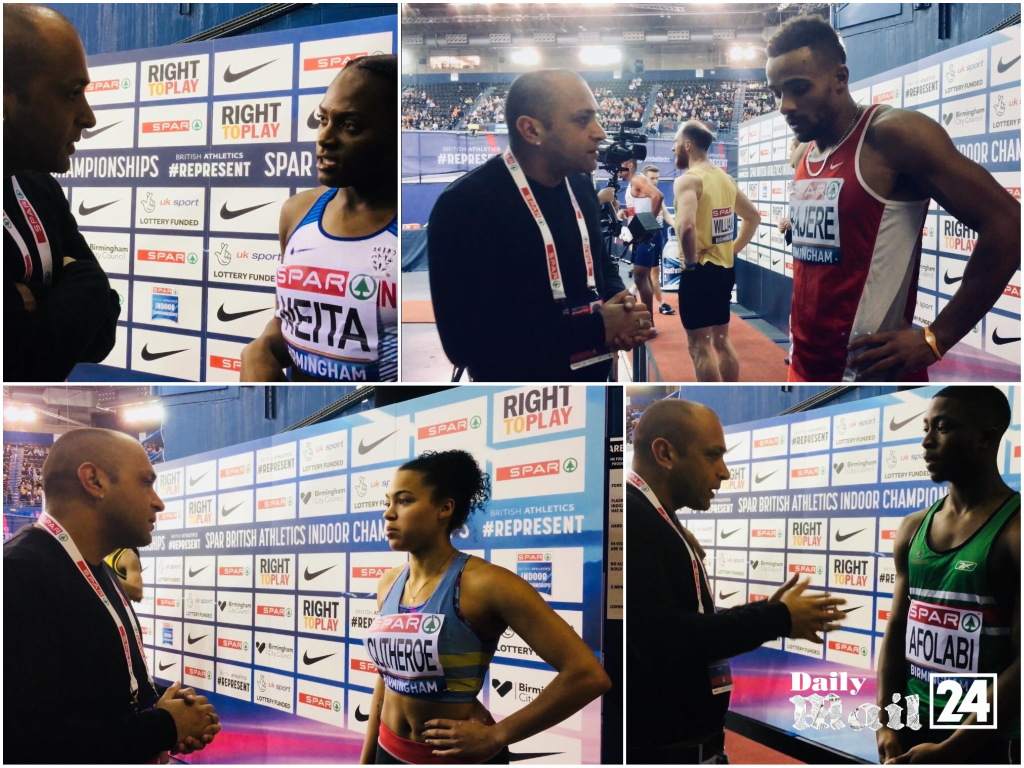 Moving from its usual venue in Sheffield to Birmingham – where the World Indoors will be held from March 1-4 – the event requires athletes seeking GB team places to compete in the event in which they wish to be considered for selection at the global championships next month.

Given the competition for places and the upcoming Commonwealth Games, this year’s British Indoor Championships should be one of the best in recent times. Here we take a look ahead to some of the events. For our full four-page preview, see the February 15 edition of AW magazine.

60m
The men’s 60m is one of the highlights of the championships. After his 6.53 in Newham, world championship relay medallist CJ Ujah starts as the favourite even with world and European champion Richard Kilty in the field.

Ojie Edoburun and John Otugade will also challenge for medals.

In the women’s event, European indoor champion Asha Philip has started the season in style with a 7.12 clocking and will start favourite with fellow world medallist Daryll Neita looking next best after a 7.24 timing.

Long jump
Former Olympic and world champion Greg Rutherford has accepted his long jump entry after recent injury problems. Though if he is absent, Dan Bramble looks the best of the rest.

Katarina Johnson-Thompson contests the women’s event where she will be a clear favourite. Jazmin Sawyers has so far been short of her 6.71m form from last winter, while Commonwealth and European youth champion Holly Mills plus World Para Athletics Championships gold medallist Olivia Breen are also among the entries.

3000m
Jonny Davies has the 3000m qualifier after his 7:50.18 in Boston but will have a difficult race, being up against the likes of Nick Goolab, Andy Vernon and Tom Lancashire with plenty of other sub-8 performers.

The women’s race looks set to be the top class event of the championships even if the winner looks fairly obvious. European indoor champion Laura Muir has already run a fantastic 800m and a good 1500m and 3000m.

Steph Twell improved her PB to 8:41.94 in Boston and Rosie Clarke last week ran an 8:47.30. Also in the field are European indoor medallist Eilish McColgan and Jessica Judd.

60m hurdles
Multi-world indoor medallist Tiffany Porter is the big name but she has only run 8.16 and trails Marilyn Nwawulor’s 8.13 PB from last weekend in Belgium. Yasmin Miller and Megan Marrs should also be in the medal hunt and are close to the world standard.