Tomozaku Harimoto the Japanese ever youngest table tennis who is ranked 11th in the world and is the most talked about in today’s table tennis history and has broken news across the world. 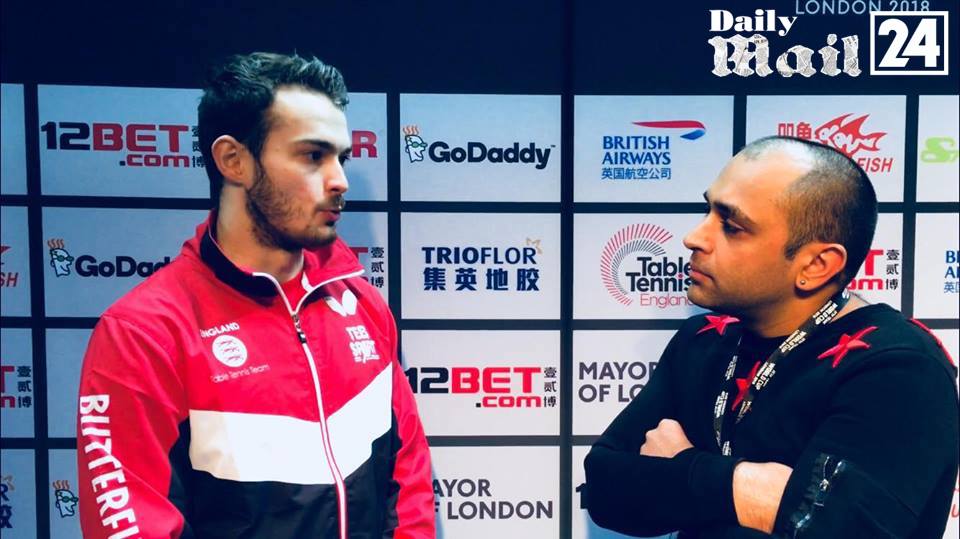 He is planning his next step to Tokyo by winning a gold as he defeats England and Daily Mail 24 reporter Kiran Rai got the exclusive backstage at the world cup between both teams last night.  in-Tin Ho, 19, is part of the women’s team who are bottom seeds. The men’s match against second seeds Japan is a repeat of the 2016 World Team Championships semi-final in Malaysia, which they lost, but went on to win the bronze medal and qualify for London.

The Japanese have 14-year-old sensation Tomozaku Harimoto. “It’s massive to play in front of a home crowd, London 2012 was special,” said England’s Liam Pitchford, a three-time Commonwealth silver medallist. “In Kuala Lumpur, we competed well and surprised everyone to win a bronze medal. Of course, here it will be tough, we play Japan, they have a strong young team, Harimoto especially.”

England has only once won the men’s event – in Bucharest in 1953, and the bronze medal in Malaysia two years ago was their first medal for 61 years in the now-biannual tournament.

England’s women will be looking for their first medal since 1965. The teams will be divided into four pools of three teams, with the bottom team in each group being eliminated from Friday evening’s quarter-finals, with the semi-finals on Saturday and the final on Sunday.
England teams: