Kiran Rai got once in a lifetime chance to host in front of 50,000 people at the MDRRA stadium in Mumbai and cover the Sri Sri Ravi Shankar celebrating Hindu God Astha Lakshmi. Lately, the Art of Living (AOL) founder Sri Sri Ravi Shankar appears to be grabbing headlines for all the wrong reasons. Be it his intervention in the Ayodhya dispute or his latest peace initiative in Kashmir, Ravi Shankar seems to be attracting more brickbats than bouquets.

The furore over the Ayodhya dispute remarks had barely settled when another ‘gaffe’ was attributed to the spiritual leader, though this time, the guns were trained at the organisers of the event, though AOL was the actual target.

Last weekend, Srinagar saw an unprecedented gathering of people, around 11,000 to be precise, hailing from different social backgrounds, including a sizeable number of former militants and stone-pelters, who had dropped the guns and reformed after participating in the multiple yoga and meditation camps that AOL instructors have been periodically organising in the valley over the last decade-and-a-half. 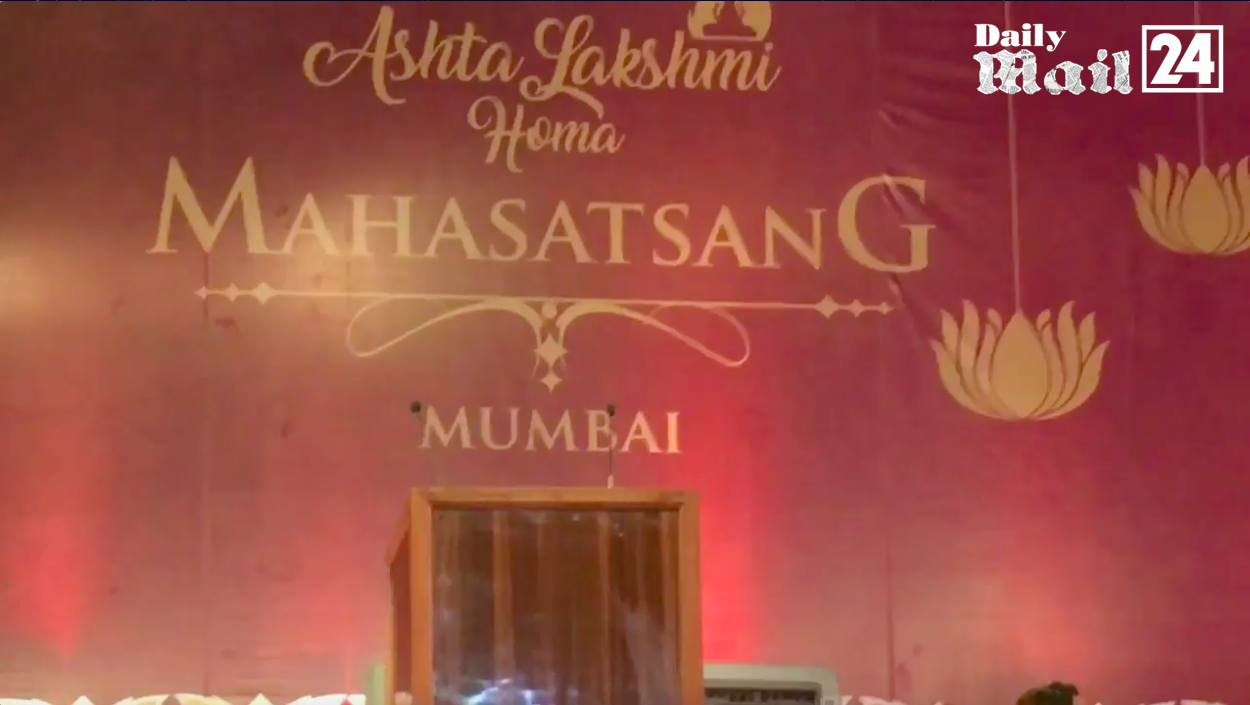 The participants were to attend the Paigam-e-Mohabbat event, organised by the Jammu and Kashmir coordination committee. Paigam-e-Mohabbat was a follow up of a reconciliation programme earlier held at the AOL International Centre Bengaluru in November, where over 100 families of martyrs as well as slain militants came together and exchanged forgiveness, moving forward with a promise of spreading the message of peace and harmony back in the Kashmir valley. While the weekend’s gathering in Srinagar included youth, farmers, artisans, academicians, social activists, entrepreneurs besides ex-militants, conspicuous amongst the crowd was the number of women who had made their way to the event, forming close to 40 percent. A point to note here is the event was held in the backdrop of the Shopian encounter, prompting many restrictions to be put in place. While many participants from far-flung areas stepped out early morning to make it on time to the venue through these restrictions, many who left later had their vehicles pelted with stones. Buses being stopped beyond a point also forced both men and women to walk three to five kilometres to reach the venue. Interestingly, none of these participants braved hardship under the mistaken impression of receiving unconfirmed goodies from the organisers.

What is more striking is the grit of these 11,000 odd participants to wait for hours, without so much as water to drink. Stringent security opted at the venue meant that not just food packets, but water bottles too were prohibited. The unprecedented gathering and waiting happened merely for one reason; they were told that Sri Sri would hear their woes and help find a lasting solution to the valley’s problems.

“No money or gifts were promised. People came to be heard and find a solution for their issues. People are looking for peace and they came here as they were told guruji would meet them and hear their problems,” said Says Shirazuddin, Gujjar-Bakarwal leader from Kupwara district. 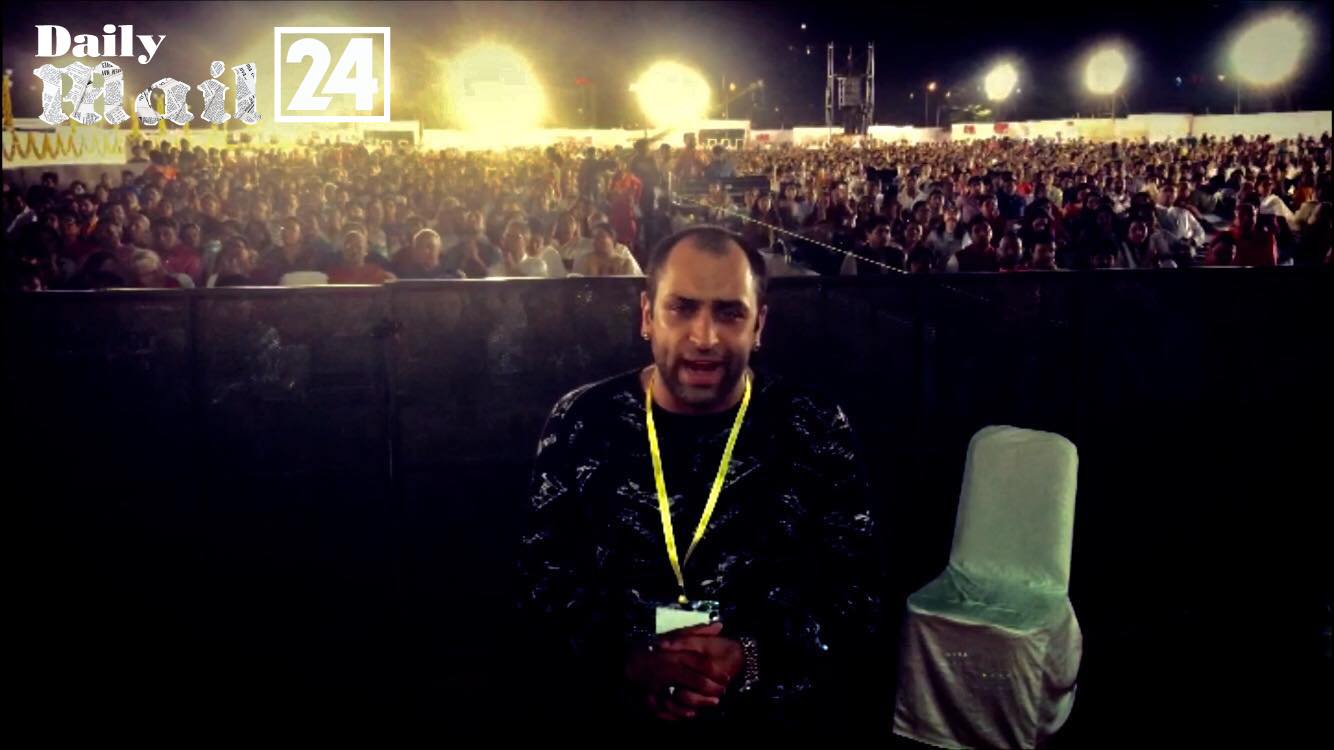 Similar sentiments were voiced by Shia leader from Srinagar, Shaukat Baig, “people came here to find solutions to their problems as they are aware guruji is not associated with any political party. Kashmiris are aware you don’t get jobs or gifts just because you attend a rally. No one was promised any such thing as claimed by some. These are merely rumours spread to sabotage possible solutions that could be offered to the people.”

Rafiq Khatana, another Gujjar leader, said: “we came as we heard Guruji was coming to hear our problems. None have heard our problems so far or looked to find solutions. We did not come here because somebody promised money, we came here to voice our issues to Guruji and seek solutions. Claims that we came expecting gifts are made by those who want to sabotage peace and solutions.”

A former militant commander from Srinagar, Hilal Tantrey, was more vociferous in his views. “Blood is cheap in Kashmir and even when someone comes to hear people’s issues and find a solution, there are those who try to sabotage it. We Kashmiris are with anyone who can find a solution to our issues and take Kashmir forward. On my way to the venue, I was stopped, and told that I am a terrorist.”

He further added, “I was 17 when I thought a separate Kashmir is the solution and fought for it. But things changed after I met Guruji and since then I have been working to find peace in the valley.”

Shirazuddin, Shaukat Baig, Hilal Tantrey are part of the team that organised the Paigam-e-Mohabbat event in Srinagar.

If the crowd that had gathered came with no expectations of money or gifts but merely to seek a solution and peace, why were there reports of slogans being raised and many leaving the venue while Sri Sri was addressing the gathering?

The answer was given by Sri Sri himself, who commented on it at a later event held in Pune this week. Addressing the mammoth gathering, Sri Sri said, “the reports are totally false. I did not hear a single Azadi slogan from the 11,000 people congregated there. Yes, some 50 to 60 people at the back stood up and left almost at the end of my speech. They went to have food as there was no water or food inside. They were all to come and meet me later in batches. Since people had come from far and the crowd was immense, they wanted to eat first and then meet me.”

If the statements by these leaders are to go by, there is certainly more to the issue that has been claimed. Facts certainly appear to have been twisted to suit specific interests.