St George is set to be celebrated across London on April 21 and 22, with patriotic party-goers set to turn out in the name of England’s patron saint and Kiran Rai the Presenter and Actor presented at Trafalgar Square and interviewed the Mayor of London Sadiq Khan and went backstage and on stage to cover the event infront of 2000 people. 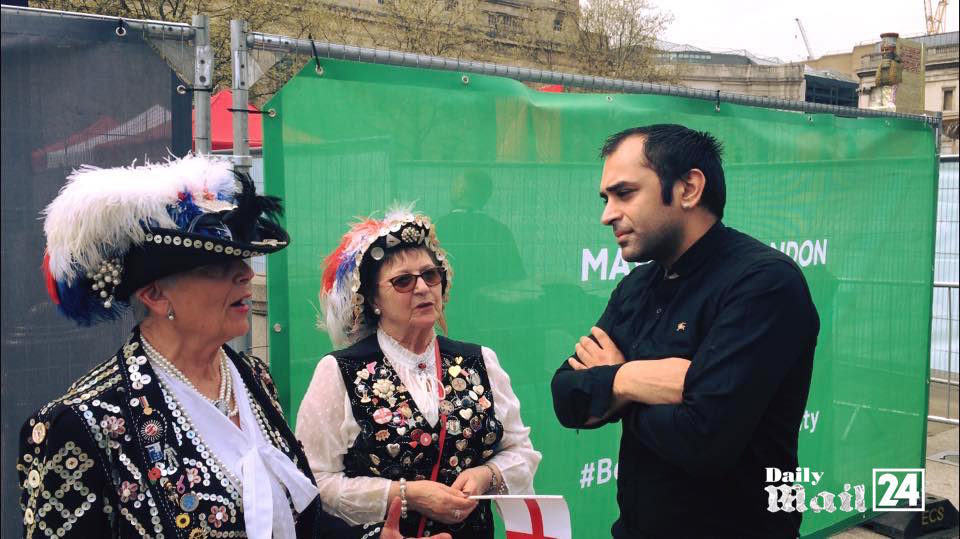 The biggest event in the city will see Trafalgar Square play host to the Mayor of London’s annual Feast of St George on Saturday April 21, welcoming thousands to take in the atmosphere throughout the day.

The square will welcome a huge range of food stalls in celebration of the event’s 13th century origins as a day of feasting, as well as family-friendly workshops and activities.

There’ll also be live entertainment, with a mixture of contemporary and traditional acts marking the event with a varied music program.

A Victorian music hall will celebrate female artists in recognition of the centenary of women gaining the right to vote, too. The free event takes place between 12pm and 6pm. 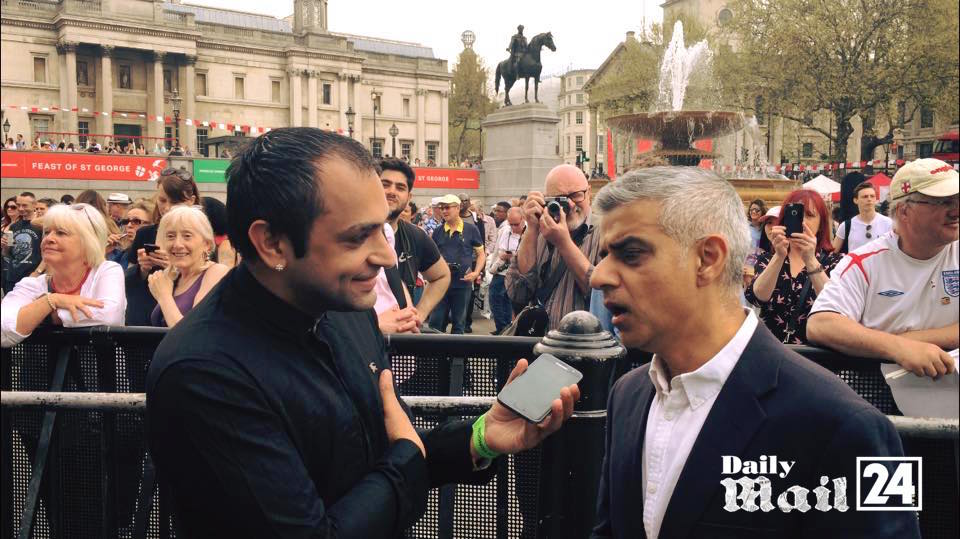 The party won’t just be happening in Trafalgar Square either, with Borough market launching a multicultural celebration of food and live entertainment between midday and 4pm on Sunday April 22.

Expect interactive theatre in the form of performances of St George and the Dragon, as well as hip hop-style maypole dancing and even a Catalan-inspired human tower

Elsewhere, step back in time with medieval style celebrations at the St George’s Day festival at Vauxhall Pleasure Gardens on April 21 and 22. It’s a smaller scale celebration than in Trafalgar Square, but the live music programme, traditional Georgian dancing, hog roast, falconry and fantastic period costumes on offer make it top fun for the family.

There’s great spectacle too, with knights fighting it out medieval style. If you’re after a St George’s Day celebration with real character, this is the one for you.