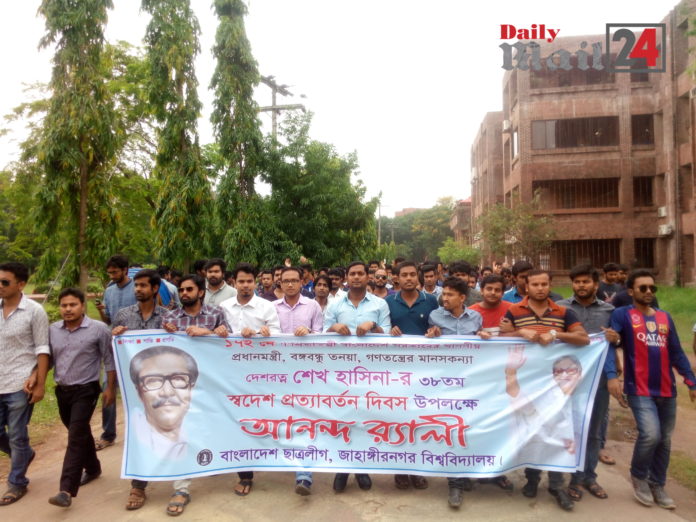 Bangladesh Chhatra League (BCL) of Jahangirnagar University (JU) unit brought out a procession on the campus for the celebrating the Homecoming day of Prime Minister Sheikh Hasina on today.

Led by President Jewel Rana, leaders and activists of JU BCL unit take out the procession from transport yard at 12 pm.

The procession ended at the Main Gate of the university through a short gathering after parading different streets on the campus.

Over 400 leaders and activist of different halls and faculty took part at the rally.

On this day in 1981, Sheikh Hasina returned home from India after about six years in exile her father and most of her family members assassinated by an army officer on August 15, 1975.