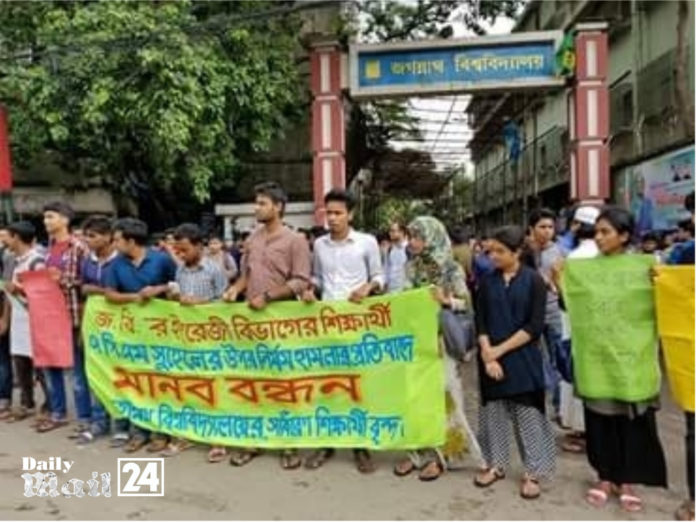 Students gathered at the sculpture of the English section at around 10 pm on Thursday, protesting together. Later, they protested at the university’s main gate. Speakers said that the attack on APM Suhel, the main cause is quota reform movement. We strongly condemn it. Identify all those involved in the attack and demand justice.

Meanwhile, Jagannath University BSL President Tariqul Islam also demanded the trial of the attack on APM Suhel. After the human movement, the protesters gave a memorandum to the university proctor and the Vice-Chancellor, demanding justice for investigating the attacks on Joint Convenor APM Suhel, student rights conservation council.

Meanwhile, at around 1 pm, another group of students declared Suhel as ‘female abuser’ and he was deprived of the campus. During this time, they demanded Suhail’s all women scandal trial.