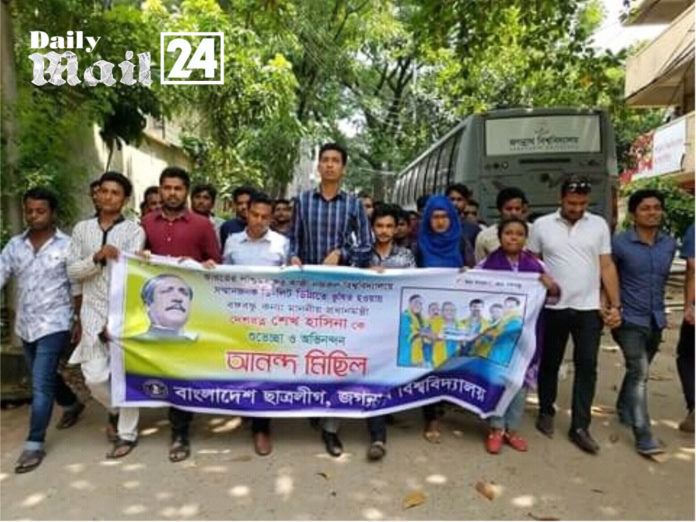 At 1 pm on Monday, Joy procession started from Shaheed Minar of University, and after completing a full-fledged campus of Science Building, VC Chattar, Arts Building and they met at a short rally at Shaheed Minar.

He also said Prime Minister brought such a number of degrees to the country. Prime Minister’s Honor means honor of Bangladesh. On the contrary, Khaleda Zia could not bring honor from anywhere but in the opposite, she turned Bangladesh into corruption. We hope that the people will be able to vote for the Prime Minister, Prime Minister Sheikh Hasina by selecting again to build a better Bangladesh.