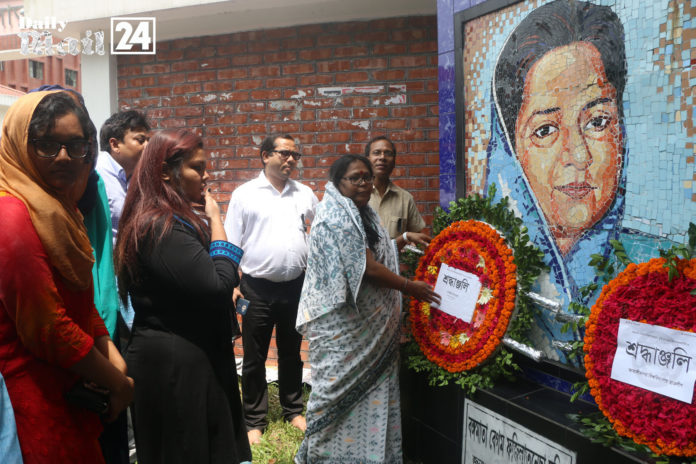 The 88th birth anniversary of Bangamata Begum Fazilatunnesa Mujib, the wife of Father of the Nation Bangabandhu Sheikh Mujibur Rahman observed at the Jahangirnagar University (JU) campus here with due respect and befitting manner on yesterday at 12 pm.

JU Vice-Chancellor (VC) Prof. Farzana Islam, Provost of the hall, hall warden, House tutor and students of the university paid homage to Bangamata by placing a wreath at her portrait in front of the hall.

Besides, Bangladesh Chhatra League (BCL) JU unit paid rich tributes to Bangamata by placing a wreath on her portraits on the campus and organized a milad mahfil.