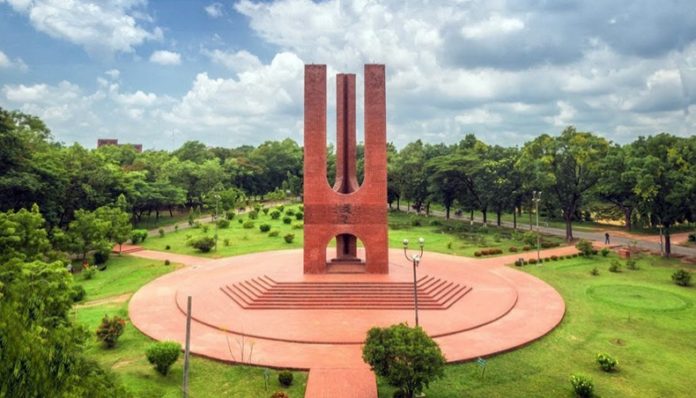 Progressive Student Alliance (PSA) of Jahangirnagar University (JU) announced to resist the admission test of weekend master’s program at chemistry department, which is to be launched from next month.

They also expressed solidarity with four-point demands by the student of Chemistry department who were protesting the decision of opening weekend master’s programme by the department in recent days.

Spokesman of JU PSA Ariful Islam Anik said, ‘Public Universities will have to conduct by the public money as a reproductive sector of the states. So, the public universities must have to give priority of public interest rather than commercial aspects’.

However, when contacted Chairman of JU Chemistry department Professor Nurul Abser said, ‘For what reasons PSA will going to resist our weekend programme, we do not know. However, they should have met us regarding this issue before announcing their resist programme’.

Mentionable, students of chemistry department were demonstrating to stop the weekend programme by the department recently.