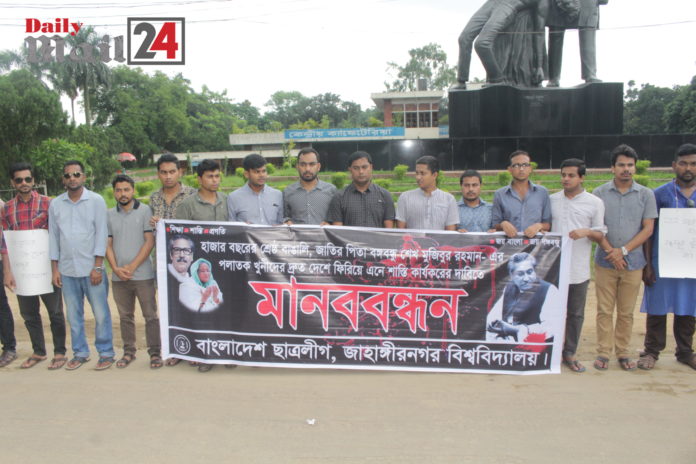 Punishment for killers of Bangabandhu demanded at JU

Bangladesh Chhatra League (BCL) of Jahangirnagar University (JU) unit formed a human chain today at in front of ‘Amar Ekushey’ premises on the campus here demanding the punishment for the killers of the father of nation Bangabandhu Sheikh Mujibur Rahman. 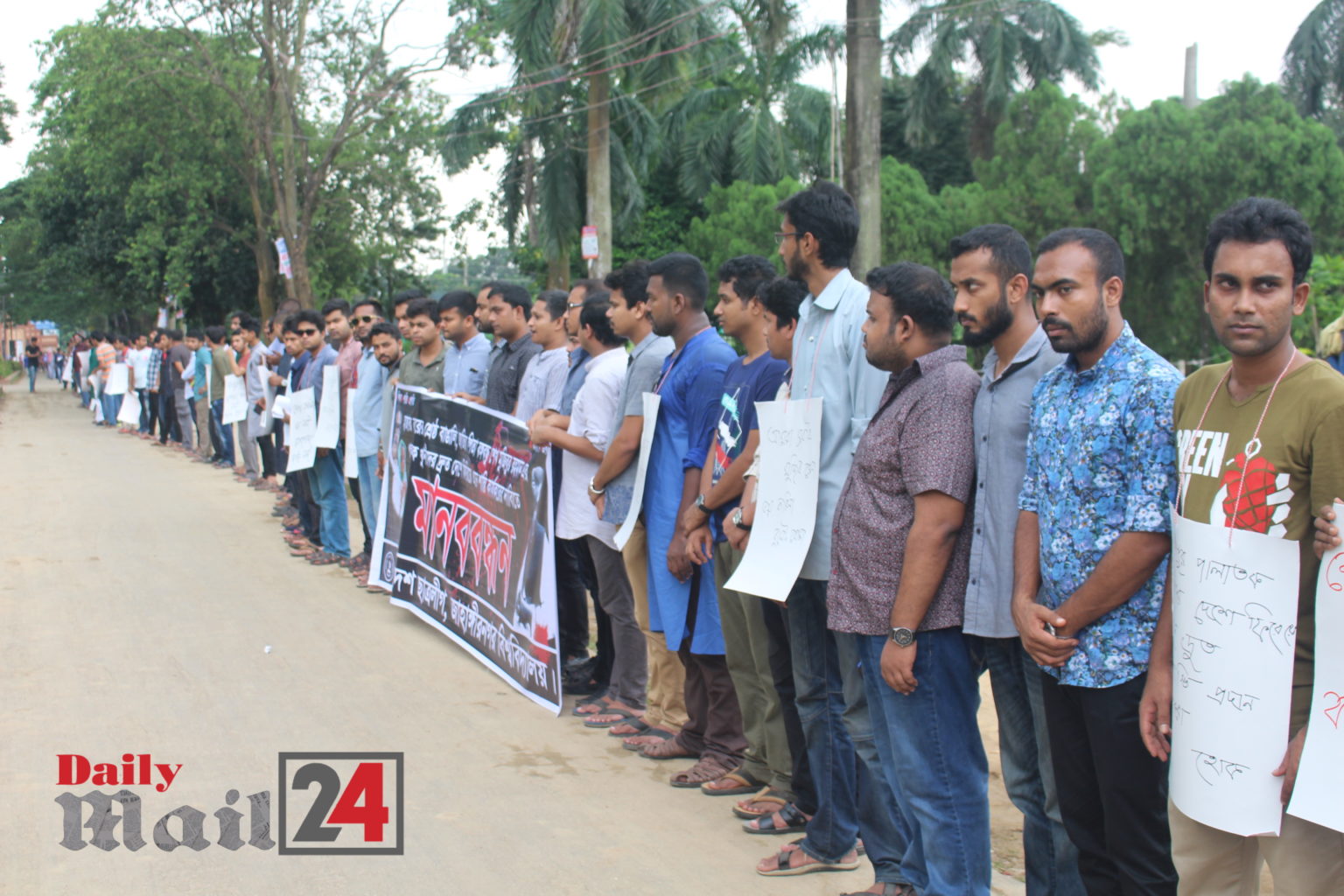 Speakers, at the programme, demanded the exemplary punishment for the killers of Bangabandhu Sheikh Mujibur Rahman bringing back them from overseas.

JU BCL president Jewel Rana “In 1975 those who had killed Bangabandhu, they are still alive. It is very shameful for us as a nation. We demand to bring back the killer’s home and to take initiatives for immediate punishment of them under speedy trial’. 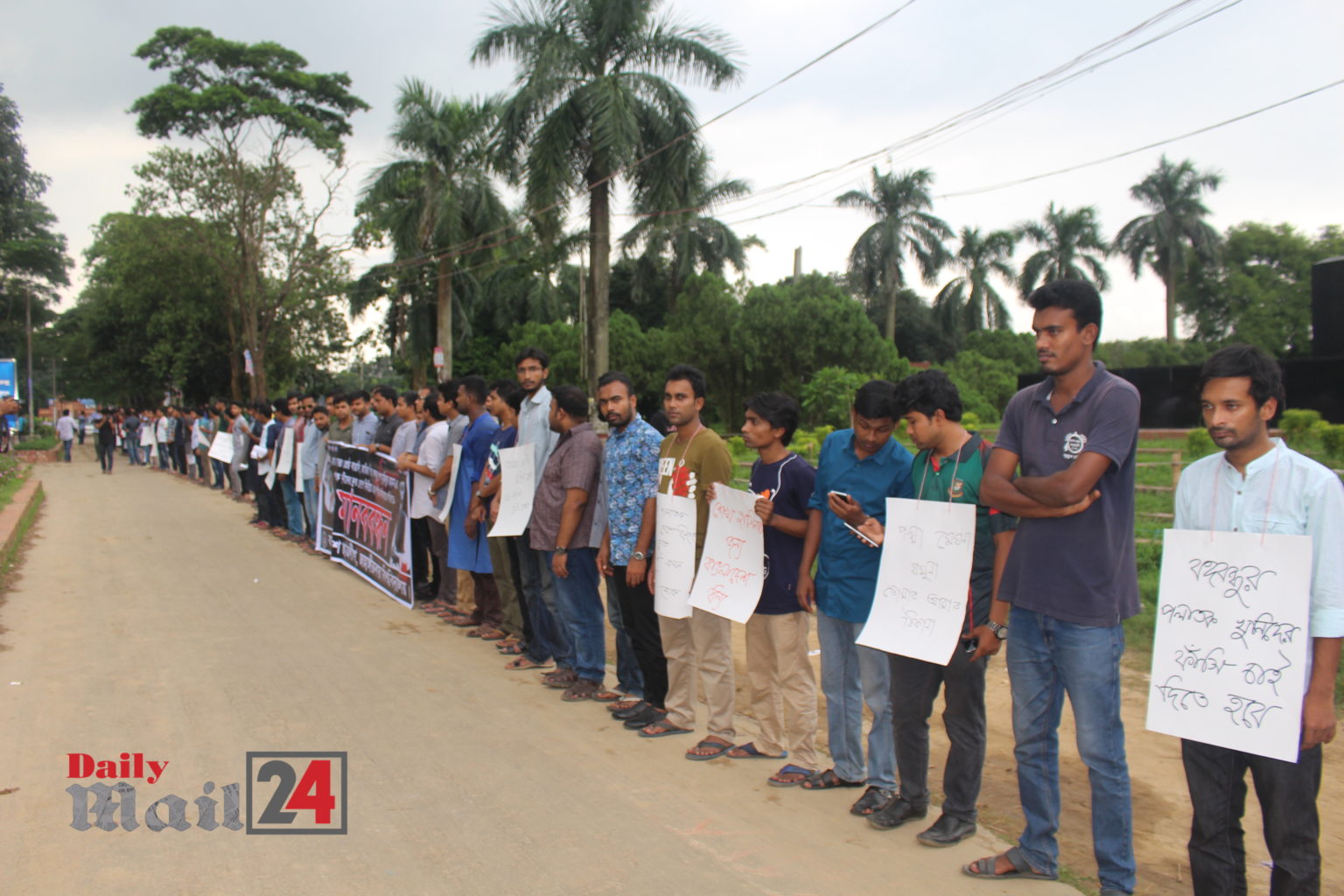 The secretary of the unit Abu Sufian Chanchal said, ‘When August comes, the anti-liberation groups want to unrest the country anyhow with the association of ominous groups. They killed the father of the nation on August 15 and tried to kill her daughter on 21. Those who had killed the father of the nation, the BNP-Jamat govt. patronized them. It is a threat to the country’.

Mentionable, On August 15, 1975, Bangabandhu Sheikh Mujibur Rahman was assassinated by a military group with all family members except Sheikh Hasina and Sheikh Rehana for being in overseas.

The 5 killers of Bangabandhu Sheikh Mujibur Rahman were executed in 2010. Some of them are yet to bring back home and some of them had died in different countries.