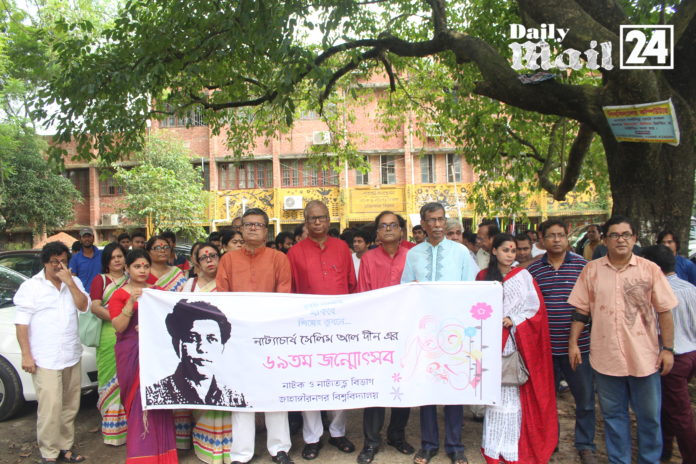 Country’s one of the major playwriter late Selim Al-Deen’s 69th birth anniversary has been celebrated at Jahangirnagar University on Saturday. 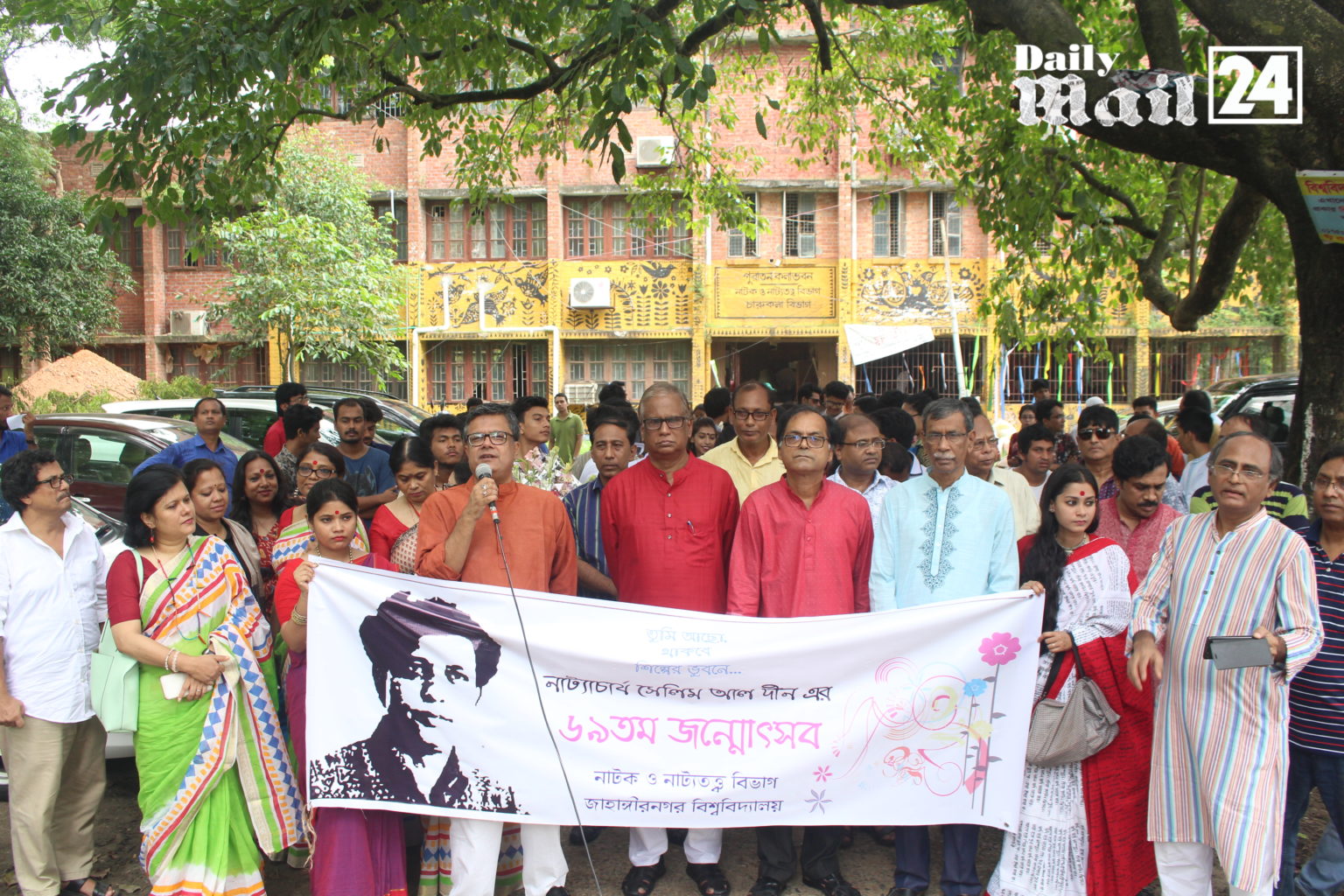 Earlier, in the morning drama and dramatics department of JU organized a rally on this occasion.

Besides, Selim’s popular play ‘Dhabaman, KittonKhola” staged at JU’s Zahir Raihan Auditorium on Saturday evening also a discussion programme was held at this place at around 11:30 am. 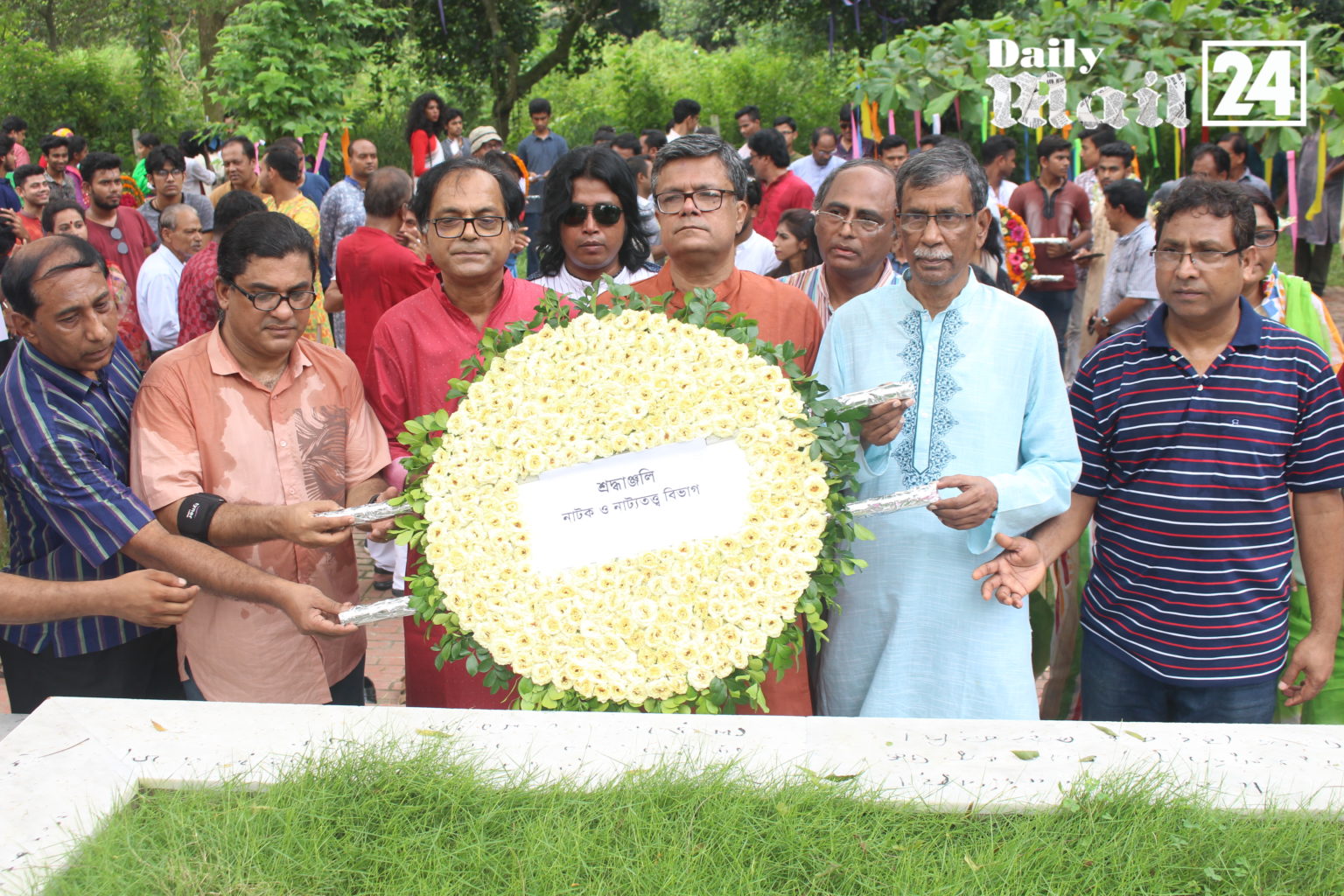 Selim Al- Deen was born on August 18, 1949, in Shenerkhil village of Sonagazi Upazila of Feni district and breathed his last at Labaid Cardiac Hospital in the city on January 14, 2008.

In 1974, Al Deen joined as a lecturer the Bangla Department of Jahangirnagar University. The drama and dramatics Department was opened under his guidance and he served as its founder chairman in 1986.