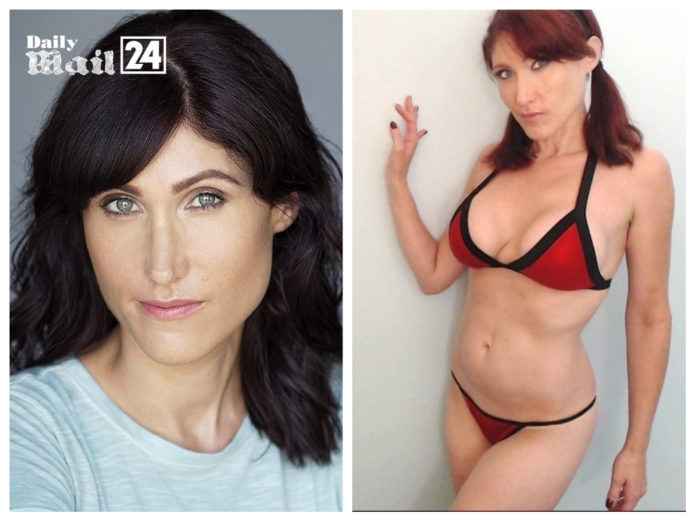 I am an actress its pretty self explanatory: Christine

I am an actress its pretty self explanatory. haha. I also have written a feature length comedy film script so am looking to get investors to get that funded and filmed.

Constant movement and creation and going on auditions working odd hours. It’s a fun amazing job. It’s not for everyone but I love it.

There is no such thing as a typical work week.

I followed my heart and when a realized acting, writing and comedy was what I was born to do I found my happiness.

I get to write and create characters and bring them to life on paper, screen and vocally. 7. What do you dislike? Honestly I personally don’t dislike anything about it except the people who do it just for the money.

8. What skills are needed to do your job?

You have to have a creative mind that is always working, moving and creating. You need to be able to act and not be able to look directly at the camera unless that what the role calls for. You have to be able to take direction well. I mean the list goes on and and on and is most likely a little different for everyone.

9. What is the most challenging about what you do?

I don’t find this to be a challenge just new experiences we learn and grow with to become better at what we do.

10. What is the most rewarding?

The most rewarding for me is honestly that I get my happiness from other peoples happiness and being able to make them laugh and see things from a different perspective.

11. What advice would you offer someone considering this career?

Patience and perseverance! Never give up. If you truly love it, no matter what job, continue your journey!

12. Do you have a talent Agent or Manager?

Not as of right now

13. What projects do you have coming up or what are you currently working on?

Well my comedy screenplay “Sex and Candy” is something I am hoping to find investors and make it a union film. I actually wrote it with myself as the female lead and Jason Mantzoukas as the male lead. His part was actually written based . I am also very excited about a film called “Conspiracy Child” about fallen angels. I play a fallen angel called Naamah. It starts filming in October and is based on several cultures writings on Angels and is an amazing psychological thriller and I am very, very excited to be part of this amazing film! The cast and crew are a wonderful bunch of people and it will be an amazing adventure and audiences will love the concept and story line.

14. What else would you like people to know about your career?

There are always ups and downs in this line of work. I truly enjoy making people happy by being able to bring these characters to life. It’s a patience game and yes a lot of luck is involved but even more hard work is the key. Never giving up or giving in.

15. What is a common misconception people have about what you do?

That what we do as writers, actors,comedians or improvisors is not hard and that we get paid too much for such an easy job. This is the HUGE misconception. We work VERY hard. It is both mentally and physically draining.

16. What philanthropic or charitable organizations are you passionate about and why?

I go to multiple charity events whenever I can when I am in Los Angeles usually surrounding helping children in communities where they might never get the chance to get out of that situation without the help of people who care enough. I have gone to fundraisers for Action Civics LA, BuildOn and a few others. For me personally I am always wanting to help kids out because I have two of my own and being a single mother I know at times it is very hard. There have been times you wonder where your next meal is coming from. When I was younger growing up in Chicago I know my mother worked very hard to take care of her 5 kids as my father only had on and off jobs. I remember her telling me at one point she had to go in dumpsters to find the damaged food the stores would throw out. This really compelled me to search for charities that help these families and kids get out of a vicious cycle they were maybe born in or just had bad luck. I wanted to help let these kids become doctors, lawyers, actors, advocates or whatever they wanted to be. Get them the education needed to be the leaders of the future.