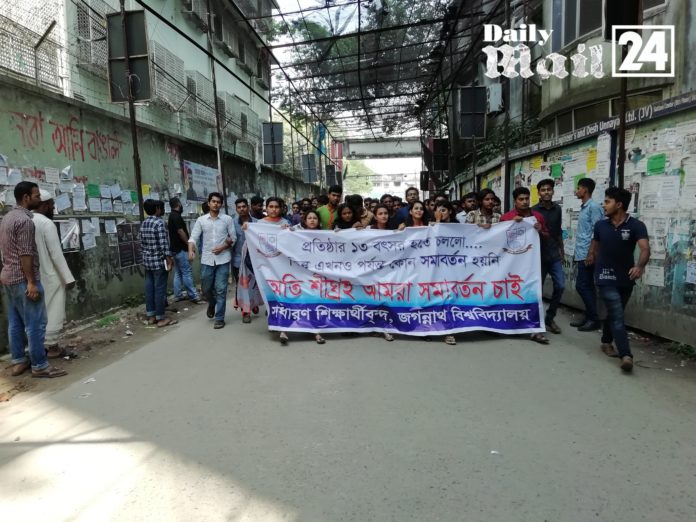 JnU VC blocked for the Demand of Convocation

At this moment, when the proctorial team members proposed to discuss the matter with the Vice Chancellor, students gave them two days time. The convener of the movement, Akter Hossain said, “Our demand is the demand for convocation. The administration could not organize any convocation in 13 years. If the administration does not give any assurance about the convocation, our movement will be even more intense”.

Vice-Chancellor Mizanur Rahman said that need a huge space to arrange a convocation. Which we do not have, However, if we receive any written in this regard, we will give dean and student representatives of different faculties together. They will organize convocation.