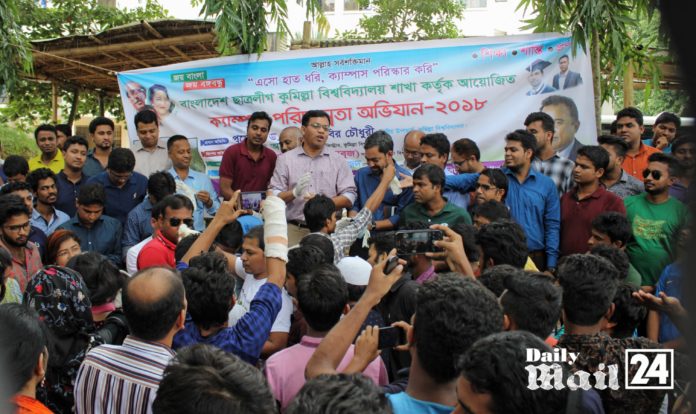 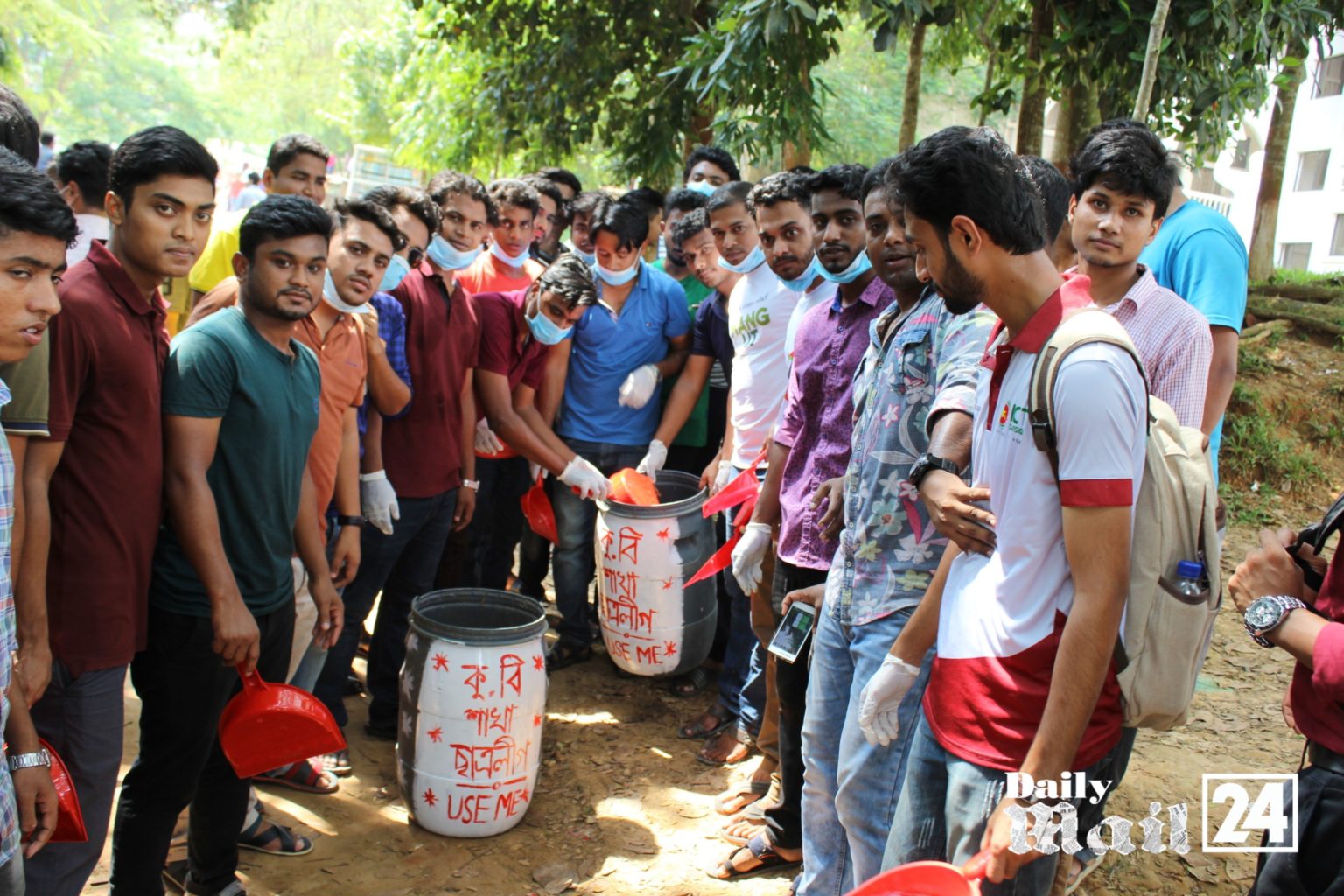 The Vice-Chancellor himself went down with a chopper to clean weeds of the campus.

During the inauguration of the campaign, the Vice-Chancellor said, ‘We ourselves have to clean our campus. This campaign is a great job organized by BCL to encourage students toward cleanliness.’

‘I am trying to solve the problems of the university, hopefully, the ongoing problems will be resolved very soon, VC added. 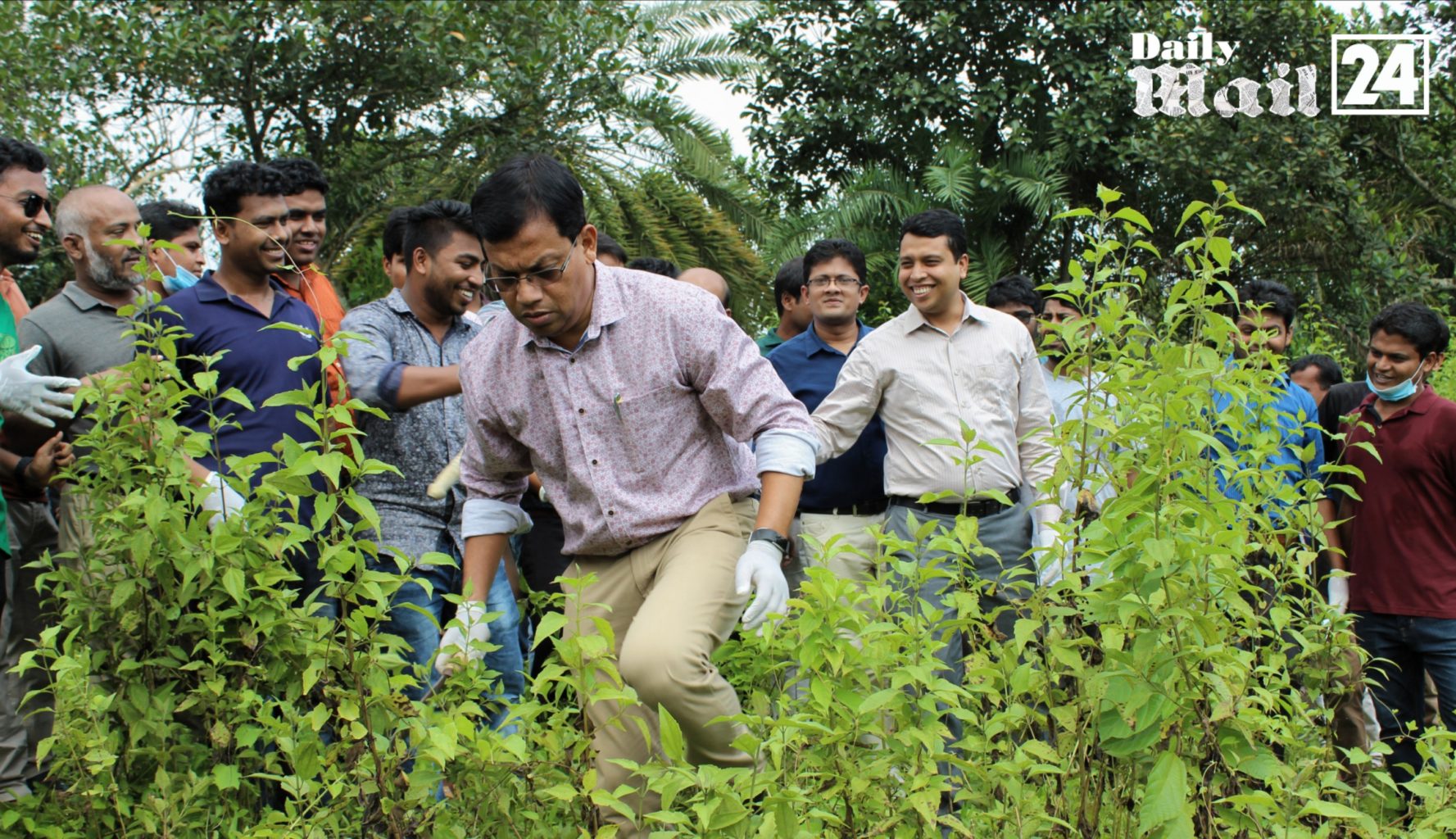 The inauguration ceremony of the campaign has been Presided by the University BCL unit president Elias Hossain Sabuj and moderated by Rezaul Islam Majed, General Secretary of the BCL unit.

In the speech of president, Sabuj said, ‘Bangladesh Chhatra League is to start the campus cleanliness campaign, no other political wing did this ever. Obviously, BCL is an environmental and students friendly wing. ‘