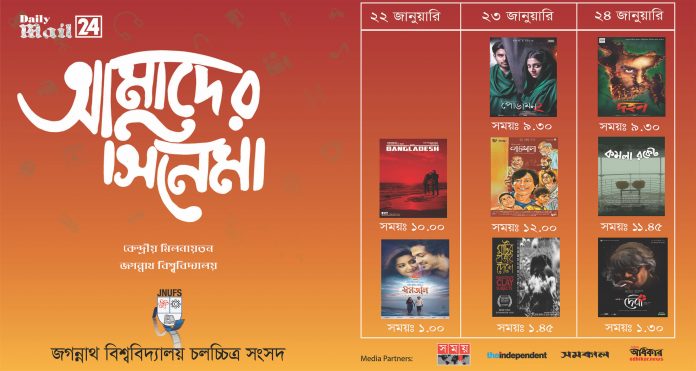 Yagmur Ozer: What I’m doing is making every woman feel strong and independent

With the aim to promote Bangladeshi cinema among the younger audience, the film festival will host eight of the most prominent and talked about films of the year 2018.

The festival will also host a seminar on 24 January titled “Generating Audience: Film Festivals and Public screening at Colleges and University”.The seminar will be presided over by Professor Junaid Ahmed Halim, Chairman of the Department of Film & Television, JnU and mentor of JnU Film Society while honorable Vice-Chancellor of JnU, Prof Dr Mijanur Rahman will attend the seminar as Chief Guest. The filmmakers of the participating films will also attend the seminar as special guests.