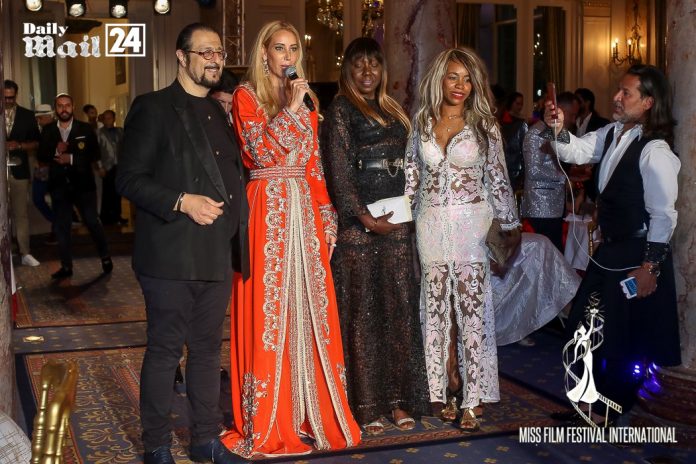 You are an artist in the film industry actor/actress or filmmaker, in music, Fashion art, Fine Arts or you are a blogger. Anne Gomis, Alain Zirahand our team offers you an exceptional opportunity to present your works to the greatest number. Post your best videos, music, photos, blogs on Facebook page Grand Concours International du Web. 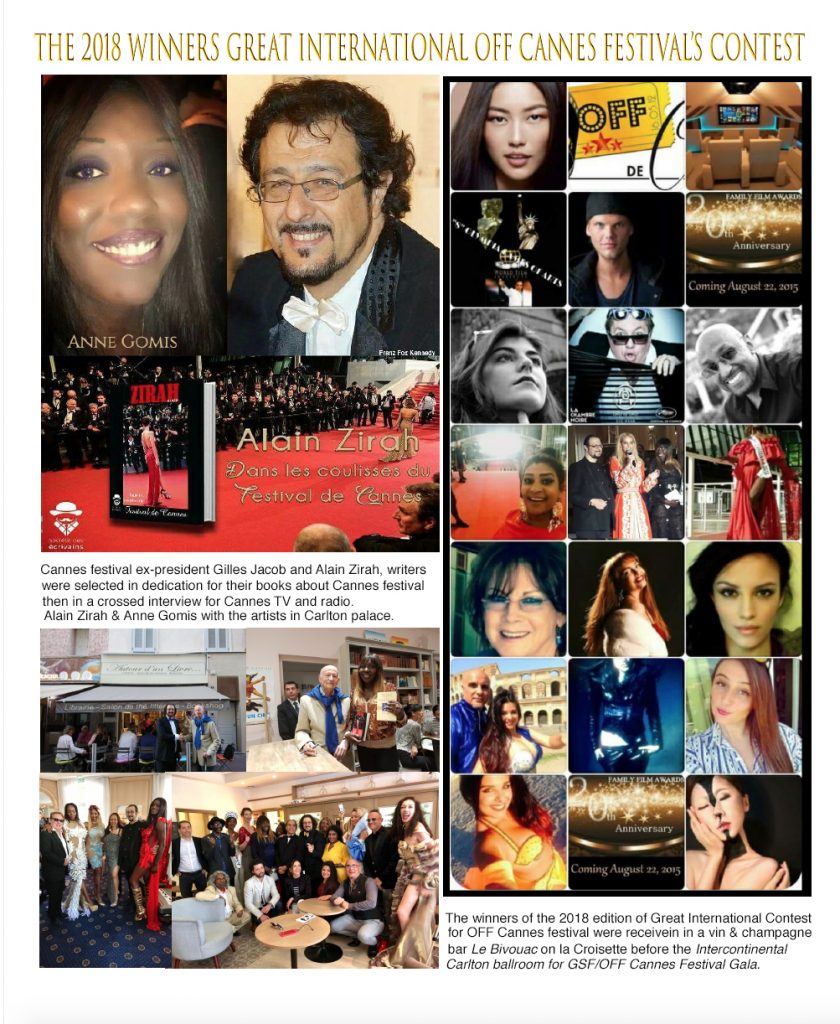 You will be selected by the likes of Internet users that we are going to launch from February 1stto march 31st. The winners will be presented at the 2019 Cannes Film Festival on May 14th to 25th, in OFF Cannes Festival in prestigious palaces as Intercontinental Carlton. You will find more informations in the before-first on the official page and on the official website.

More than 6.500 artists have participated for its 2017 edition (Cinema, Music, writers, blog, Fashion, Fine Arts) and the winners of the 2018 edition were advertised may, 19thin Carlton Intercontinental Cannes ballroom during the luxury fashion gala GSF Awards/OFF Cannes Festival.

For its 2018 edition (Cinema, Music, writers, blog, Fashion, Fine Arts), Alain Zirah and Anne Gomis have had the pleasure to receive Sunday May 13th at the bookshop – tea lounge “autour d’un livre”, in front of the Cannes Palais du festival some of the artists preselected for the 2018 Great International Contest for OFF Cannes Festival.

Bestactor : Johnny Depp for Pirate of the Caribbean.

Then, the names of the Great International Contest’s winners were announced May, 19thduring the GSF AWARDS/2018 OFF CANNES FESTIVALgala and luxury fashion show in the International Carlton’s Grand Salon to a large audience of prestigious happy few in tuxedo and somptuous couture dresses.

Alain Zirah and Anne Gomis have had the pleasure to announce the winners of the 2018 Great International Contest on Web. And the winner is…

International Grand Prize OFF Cannes 2018 for documentary to Germaine McCormack-Kosfor her reporting on cancer “Walk on the Wide Side”.

Coup de cœur Off Cannes 2018 to the make Up artist Dain Yoonfor My Modern Met and her peculiar way to disappear in the background.

International Grand Prize OFF Cannes 2018 for music toVanina Aronicafor her interpretation of “Carmen”.

Coup de cœur to the swedish DJ Tim Bergling aka Aviciisuddenly disappeared at the age of 28 years.

International Grand Prize OFF Cannes 2018 for dance to theduo Lame d’Orient composed with Andre Lenziand Karen Agopianfor the originality of their show in oriental dance and martial arts.

Coup de cœur Off Cannes 2018 is awarded to the storyboarder and designer Bianca de Lestrange.

Hugo Mayerreceives the international Grand Prize OFF Cannes 2018 for10 years of blogreporter and the new essential “Blog de Cannes.fr”.