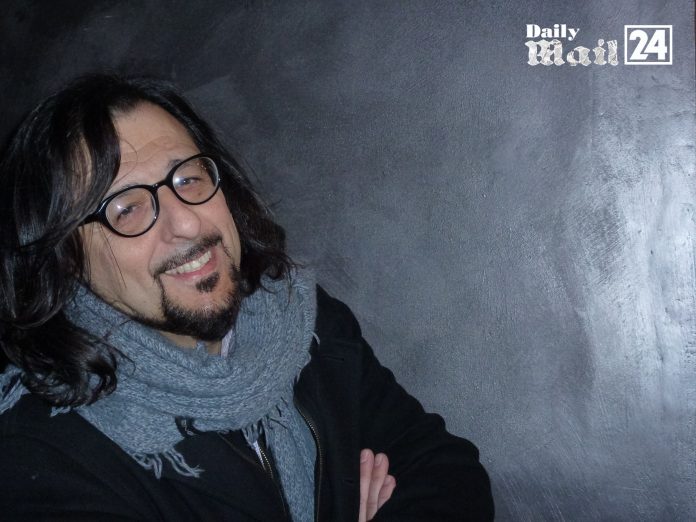 Alain Zirah is a french writer living in the South of France. He began publishing in 2011 a book about his encounter with Michael Jackson’s father and also how Harvey Wenstein invited him in his panoramic penthouse in hotel Gray d’Albion in Cannes. His last book is Forbidden to men. Saif Rahman gets a special interview to know who is that man. 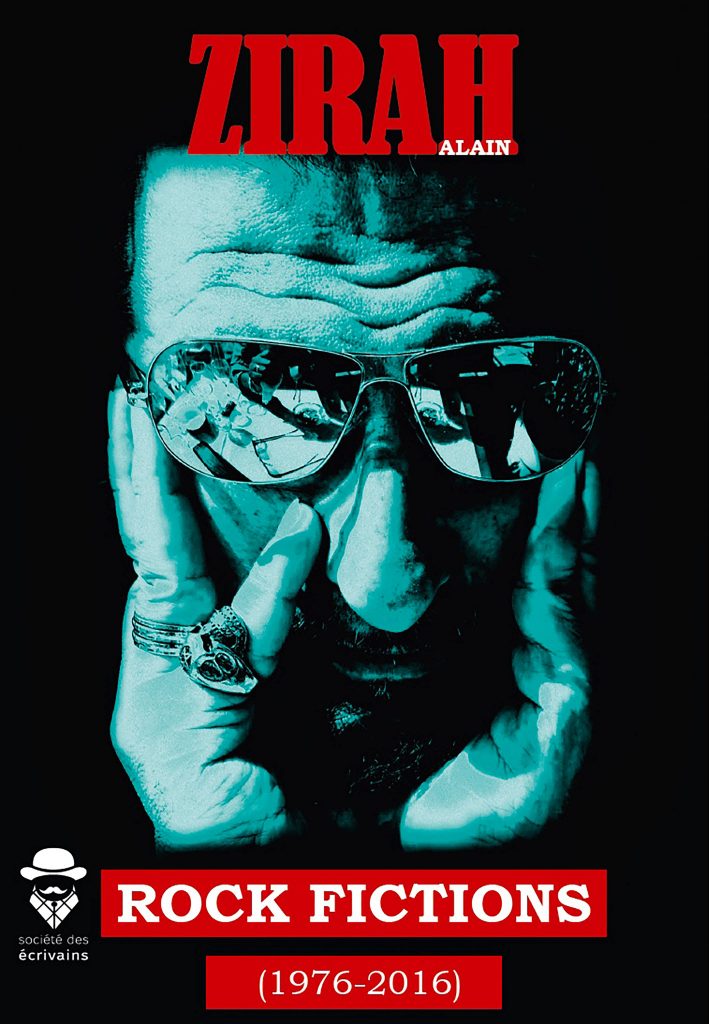 1. Alain Zirah, you’re famous as a writer. You called your last book Forbidden to Men. Do you have any problems with men?

I don’t have any problems with men, even if I prefercompany of women. When you put together several men, they seek competition. Women prefer talking about real life and psychology… and they are shoe addicts. The book is short stories about relationship between men and women from bathroom to the beach. The sinks seducer who kiss their wife watching themselves in mirrors. And some stories about the guys in the locker room with rough language before they put a bow tie and speak like lover boy. It’s very funny. For girls and women, but also for men who accept self-mockery. I like so much the time when you enter the women privacy, when they shave their legs, at home, or put some varnish on their nails. I like to spend hours at the hairdresser listening to their conversation. And at last, women always ruled the world. From queen of Sheba and Cleopatra to business women of our XXI st century, they know exactly what they want. And how they’ll get it. 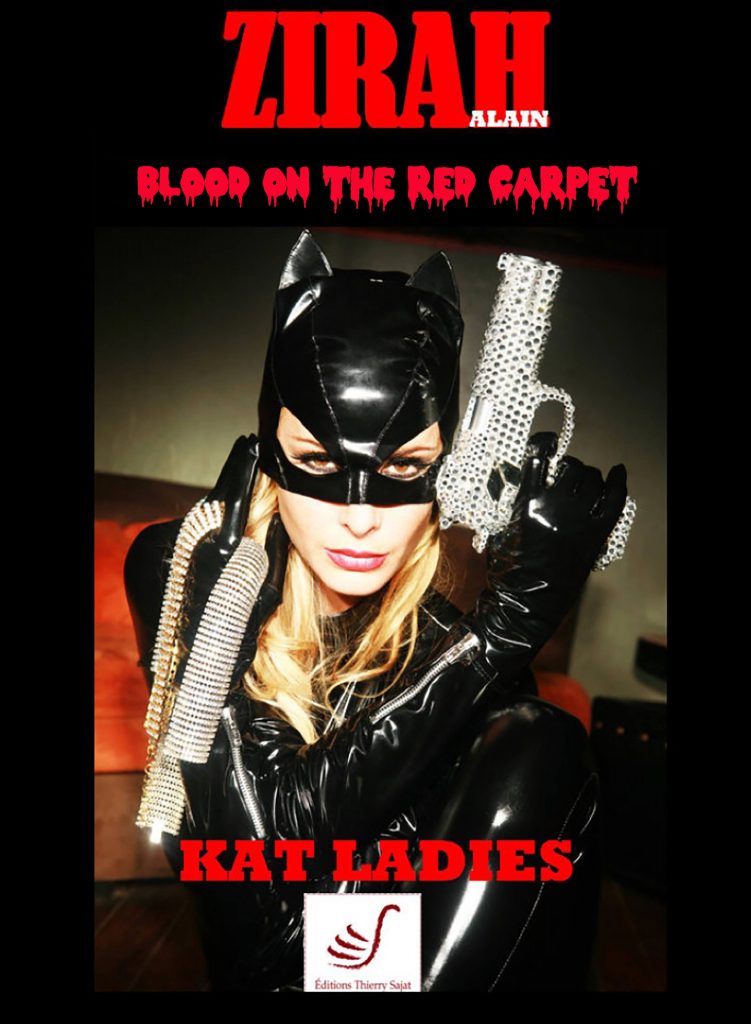 2. Alain Zirah, do you wrote till a long time?

At school, I liked to imagine stories. I drew comics in my shool notebooks. Then I began to write short stories on note supports and sticky notes about scripts for very short films I wanted to shoot in super 8 and then later in video. When I was lying down on the beach, I wrote a novelette about the dreams of a rock star. I was 18. Later, I decided to publish the novels I wrote from 1976 to 2016 with the initial stories and a new vision with the same stories in XX1st century characters as president Donald Trump or David Bowie loss. The book is called Rock Fictions (1976-2016). I wrote fictions of rock’n’roll guys in fantasy word and sci-fy. You can cross a goddess with glass face standing on a raft composed of’naked men, a punk playing pinball in a bar, a junky organising a terrific crime against his alcoholic wife… Men having a sexual experience during a table-moving spiritualism session. I have assembled 40 years of dreams and fantasy. It’s about sex, drugs and rock’n’roll. 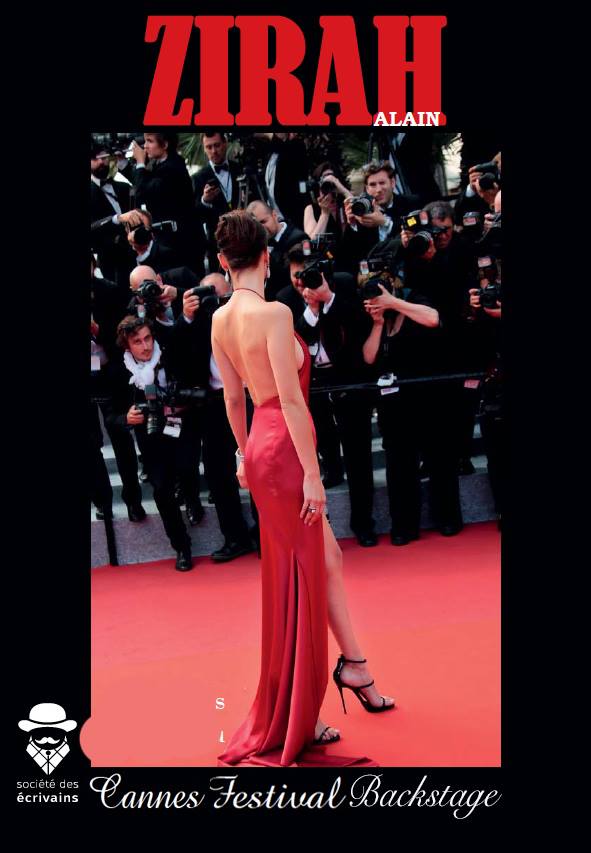 3. Did you really publish your first book after you met famous people as Joseph Jackson and Harvey Wenstein?

I am a great film and music fan. I go very often to the movie theatre and like blockbusters. So, I always have been fascinated by Cannes festival. I went for the first time in 1983 and saw the film Furyo. Then, in 2005, I founded my own organization: Off Cannes festival. Five years later, in 2010, I had the incredible opportunity to organize our event in Petit Bar du Carlton, the center of world during Cannes festival. There I met Simon Sahouri, president of the Jackson Family Foundation who told me he wanted to work with me. So, I decided to publish my first book about Cannes festival Backstagein 2011, May during the first Jackson party in Cannes. I met several times Harvey Wenstein and recognized him as a dangerous shark. He had no consideration for people. So I asked Fawaz Gruosi, the swiss De Grisogono jeweler to introduce me officially to the bog Oscar producer. Harvey invited me in his penthouse for a cocktail where I met Max Howard, president of Warner Bros Feature Animation, who produced Igor.Max joined Off Cannes festival jury as president in 2012 and 2013 and I was very happy to introduce him to the Jackson Family Foundation. These are some interesting anecdotes I wrote in my autobiography Cannes Festival Backstage, in 2017.

I was very honored the launch party was in the Intercontinental Carlton with the Dr Antonio Gellini (World Film Institute) and Igor Bogdanov as godfathers for this book, during Andres Aquino GSF gala evening.

4. What are your goals as a writer? When you announce that God created Woman as herself, you are in provocation?

These texts are a tribute to the woman by a man who loves women. Basically, we hear that God created man in his own image and Eve out of the rib of man. This macho philosophy sub-intends that the man presents a divine character and women are inferior to men. That was their custom and tradition, since 6,000 years in many countries. Now, it’s time to put a term.Women took the power. When I’was a child, I have been high by women. My mother, grand-mother, aunt and cousin while my father worked day and night in the property management and real estate. I am very sensitive to the values defended by the feminism organisations. I always seeks the best way to put the woman in value, that this either by the writing or as a photographer or a film director.This book is the culmination of several years of work. I reveal his truth about the secrets of women, through meetings that have changed his life.You will even find texts hidden, in acrostics, in a succession of surrealistic poems about Superman super power of sexual fantasies. Women are the inspiration of my life. 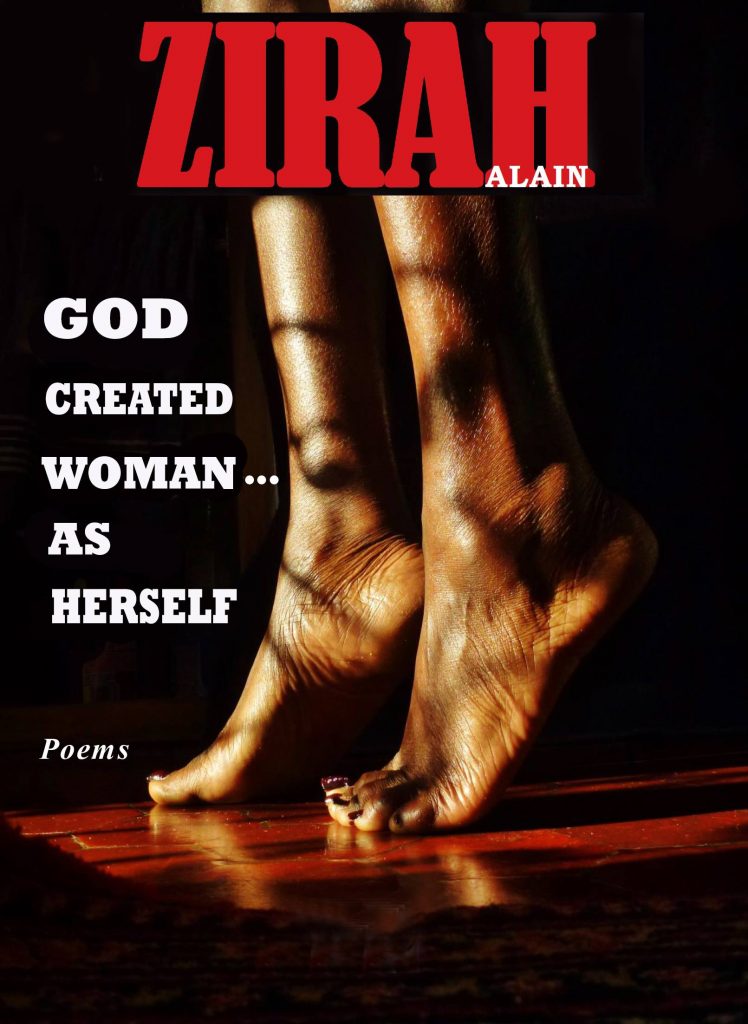 5. Do you like cats? We heard you are shooting a digital serie about your book Blood on the Red Carpet. Is it true?

KAT Ladies are characters in the novel Blood on the red carpet.Some glamourous young business women become heroins to chase a serial killer in Fashion world and benefit to avenge their unscrupulous ex-boyfriends. LADYKAT is the main character. Influenced by Egyptian goddess, she will live adventures, murders, investigation, travels in exotic places and of course, an incredible love story. Between their claws and cuddles, the KAT LADIES reveals the true nature of women within a world of glitter and glam, the worlds of fashion, Jet Set. I like to explore their relationships with new men. They live forward sulfurous adventurous inside the urban jungle. I like thin but strong women, fighting bad men. They use their brains and sometimes their fists and claws to impose their ideas.Our beautiful creatures, glamourous during the day, wear masks and couture dresses for going out at night, changed into super-heroins flying to rescue women in danger. The book received the 2016 Art Freedom Award. So, during the 70th Cannes festival anniversary, Angelica RUTIGLIANO (Angie’ films), Eliot COHEN (OVC Films) and Alain ZIRAH (AZ Productions) have met the challenge and turned the pilot of a digital series.

6. Are your methods of working as a writer and as a film maker very different?

The series will explore the psychology of revenge as well as the influence of ancient goddesses (Egyptian, Sumerian, the Atlantes) on today’s Golden Youth and the essential role of women, at any time. When you write a book, you just need paper and a pen to fix all your ideas and develop you own universe. To make film or digital series, you need to work with the best artists, designers, actress and technicians.

So, I like to bring my audience in my unique own interior world with beautiful women in very colored ambiances. If people get new sensations and strong emotions with images that will remain engraved into his brains, they will ask to watch more film. Sounds and music are as essential as character, too. I was born to love music, from classical music to rock and electronic. Today, we are asked to make images worthy of Avengers and the sound of Quiny Jones or Mark Ronson with a reduced budget. People can see my films on my YouTube channel.We await proposals from producers and distributors who wish to create with us a franchise as strong as Batman which has just celebrated his 80 years. There will be a good job for all the motivated people for the future years.