A Women of Courage, Beauty & charm. An  actress and a fashion model. She studies English translation at the University of Damascus, has previously worked in several administrative positions and has had several volunteer posts during the terrorist war against Syria. 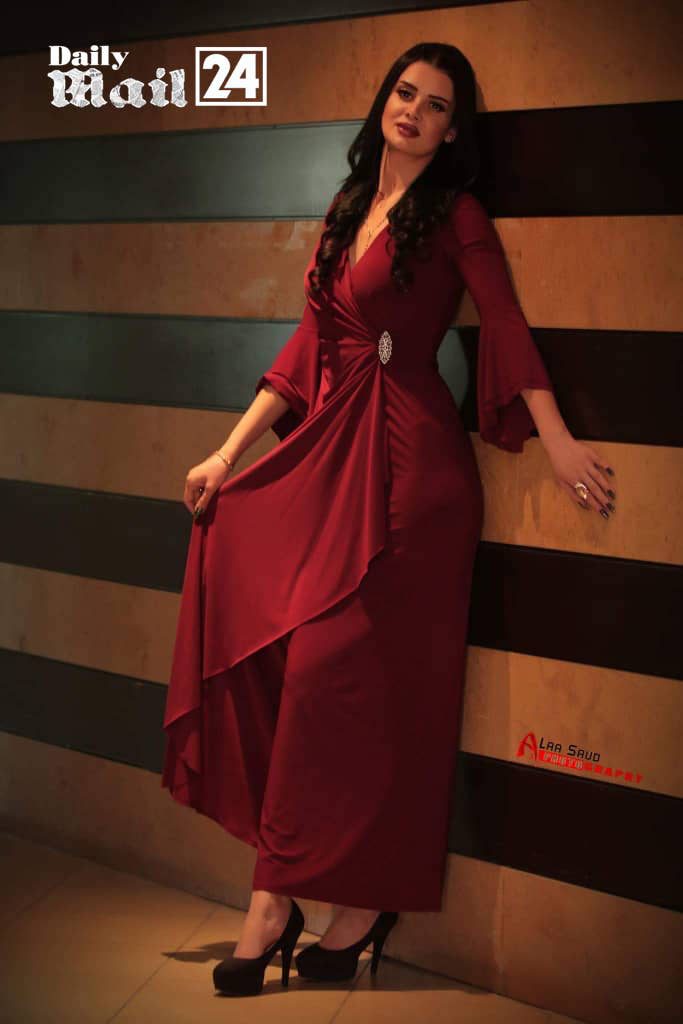 She began her artistic career at the Children’s Theater and then joined  the drama world. She participated in many drama series including” Mirrors 2011”, “Spot Light 13, “Illusion” , “Dreams of Shafik and Khalil”, “Double face”  and “Syrian flash”. 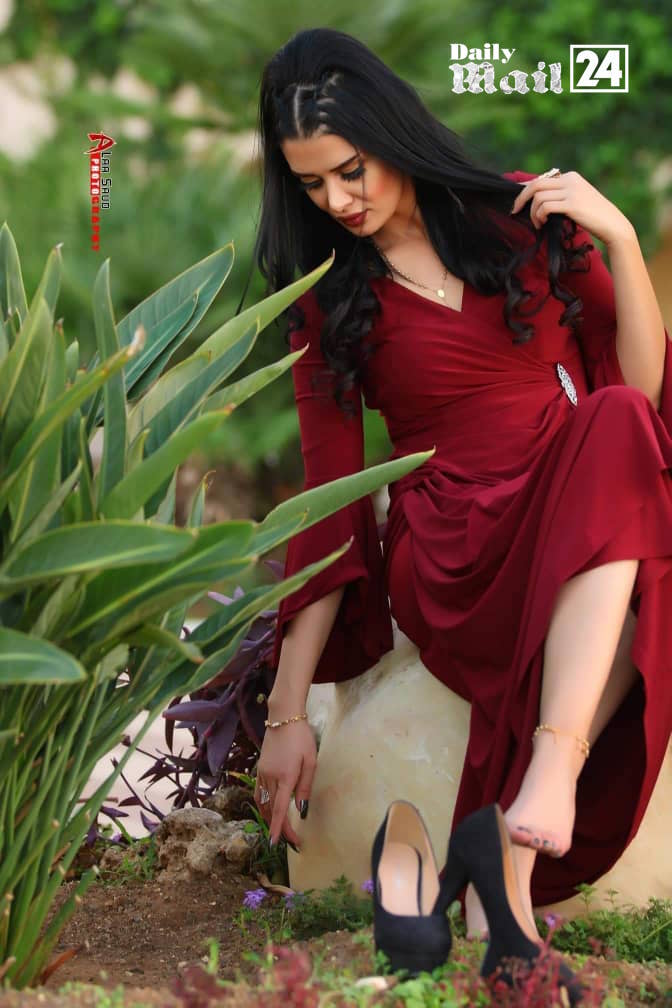 The first confirmed works are «Mirrors 2019» This is enough for me, because standing in front of a great artist with his art and his ethics is a great honor for any artist. I made  my dream in participating in this critical comedy series for the second time after opening my artistic career with it in 2011. 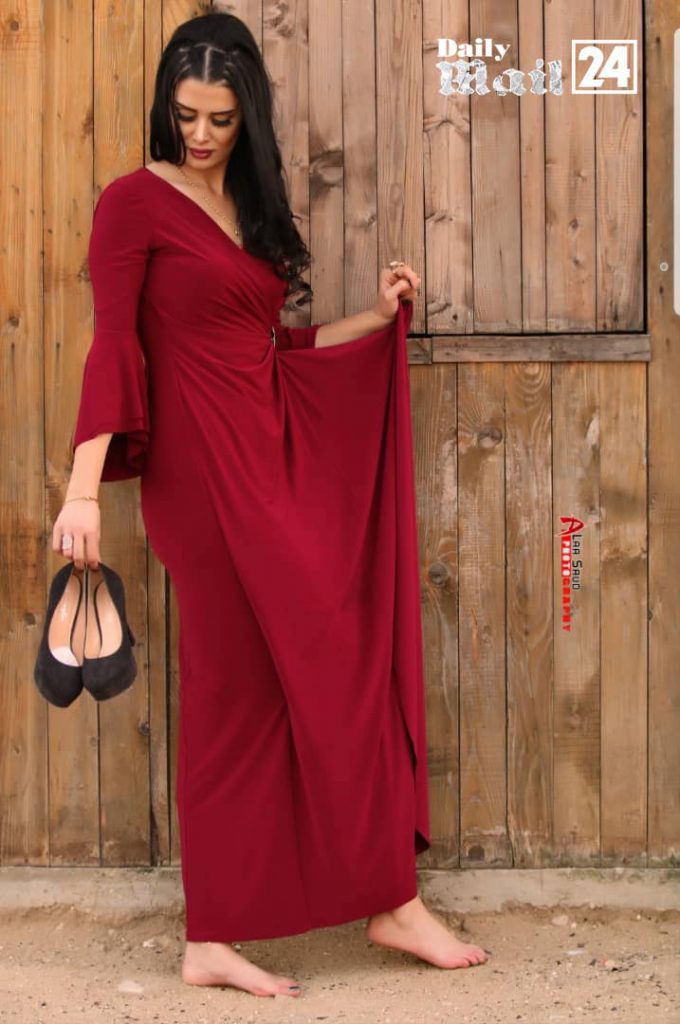 I have more than one artistic participation in Syria and abroad, but I will not disclose it because I did not sign it officially.

Drama is a new and important challenge for me . I always strive to develop my tools and learn from others. Day after day I feel that I am performing well , but I am happy with what I have done so far and I am looking for more. 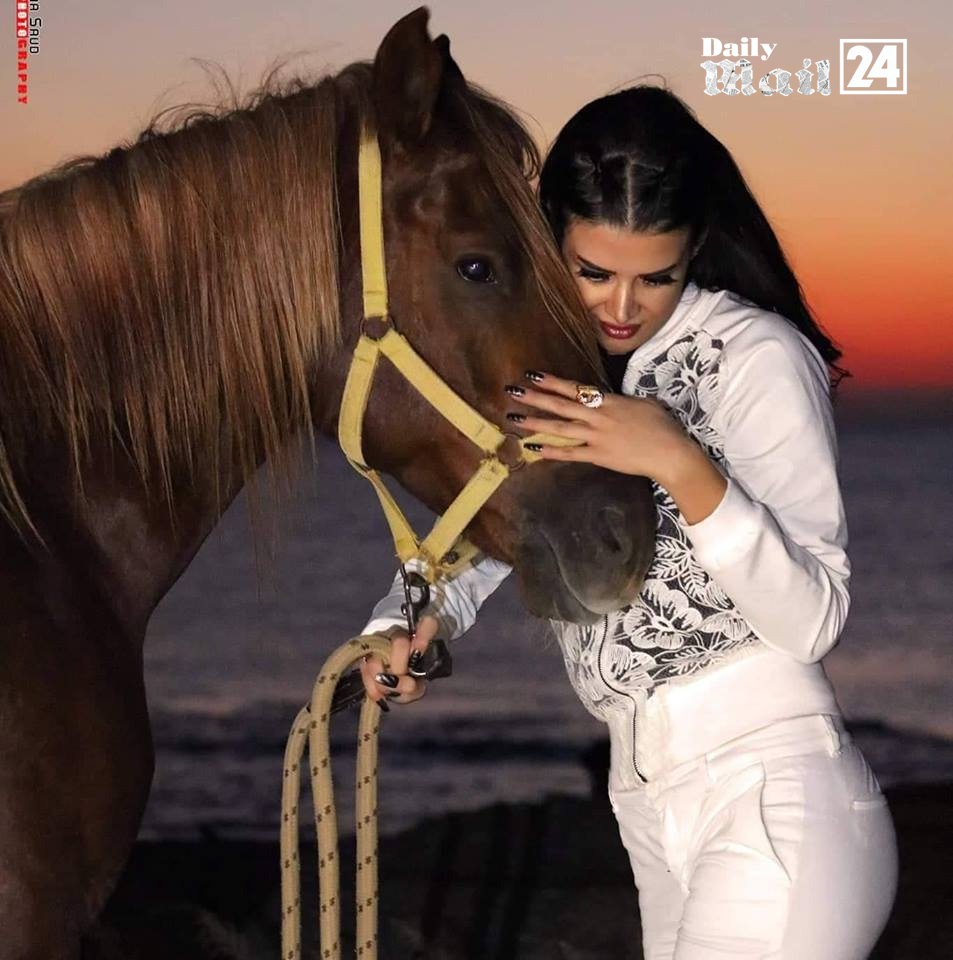 I find myself very lucky, and despite the small roles I play , I have received positive reactions .

I do not want art to be just a profession. I want it to be a message. If acting becomes a profession, I try not to be my profession, but just something I love. 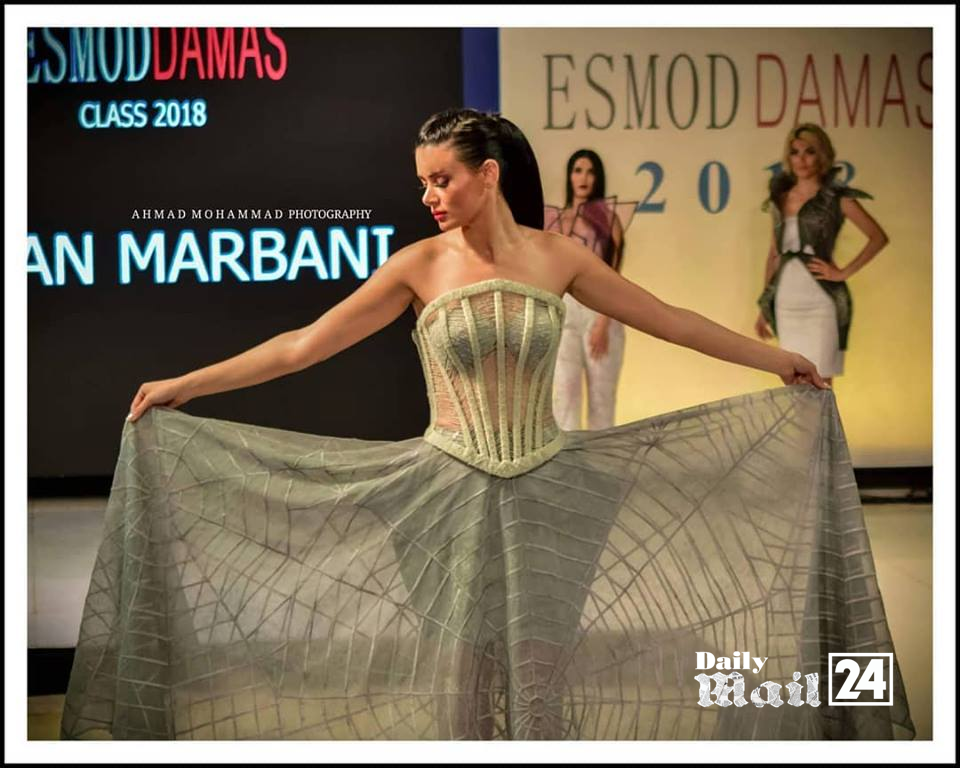 I believe in the comedy that starts from the text and then the director and the atmosphere in which the actor is put to be creative and he comes out with the best of his own, that is comedy of the situation and not clowning. 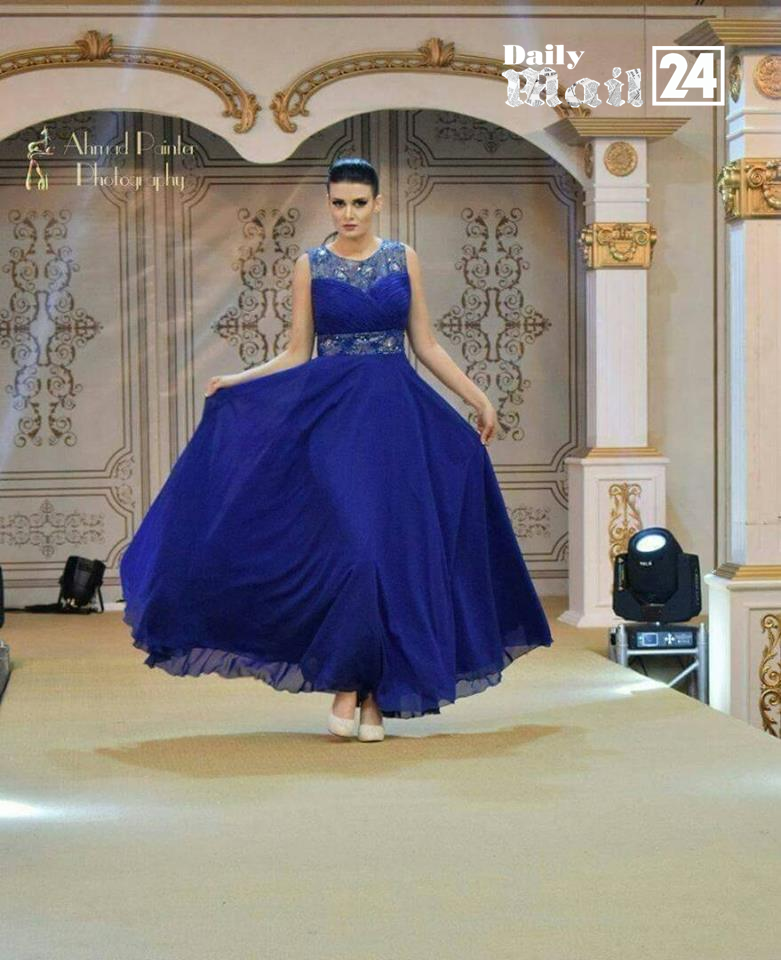 But there is neither comedy star nor a  tragic one. When the actor has his presence and high spirits , he will be put it in the right template, of course, in addition to the good text and the director who commands his  tools. Comedy situation is the reality that we can live honestly . No sadness or happiness continues, and comedy is like life , one hour for you and another hour against you. 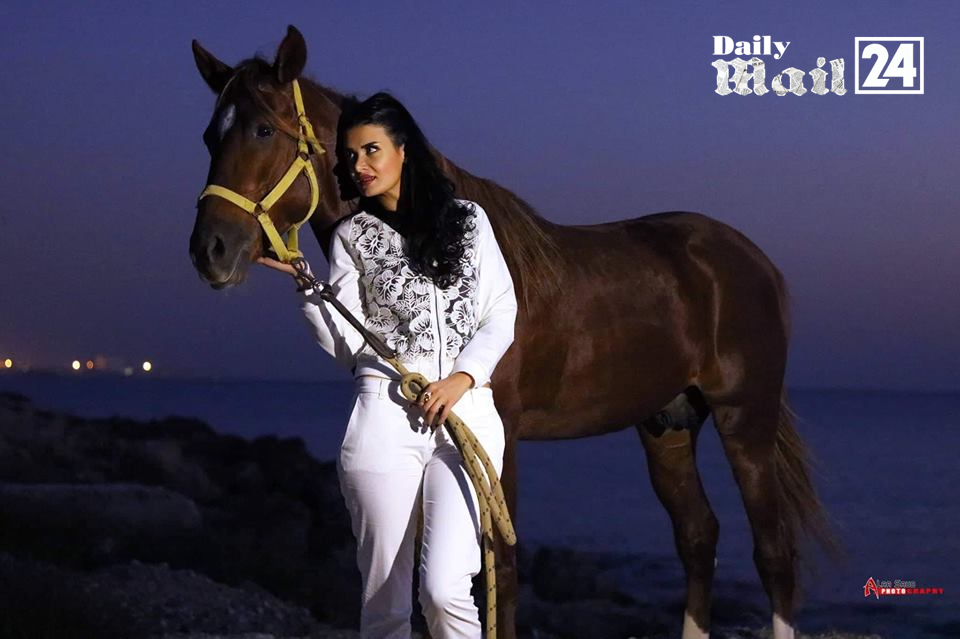 I started my career in 2008 as a Fashion Model, but I think my real breakthrough started in 2015 with a huge show called “Jasmine Smile” in Khan Asaad Pasha by Manal Ajaj and makeup artist Rose Arabji in cooperation with “Syria Top Model”,  agency in solidarity with Syrian children suffering from cancer. 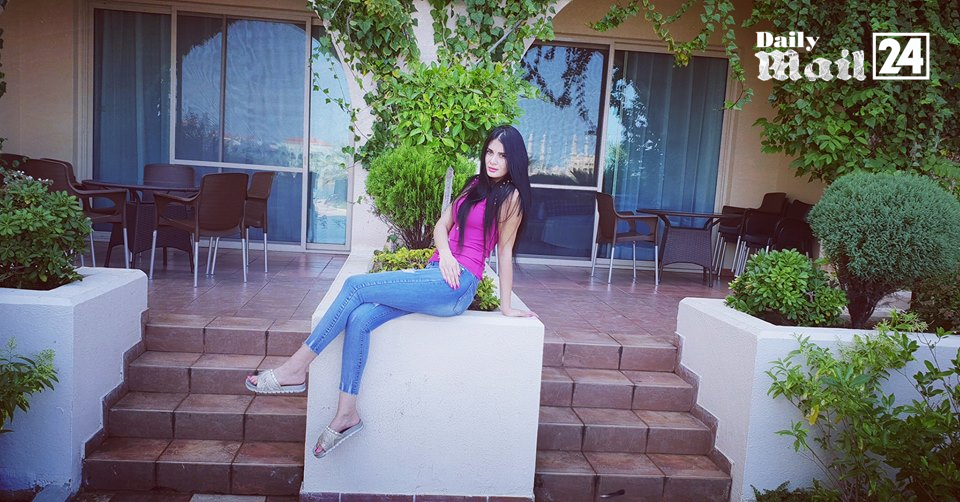 This show was my first fashion appearance in front of a large audience of artists, media people, businessmen, diplomats and fashion and beauty activists.

Thereafter , I participated in many important shows, notably the “Jasmine Goddess” show in Beirut for Syrian international designer Manal Ajaj, the fashion weeks in Syria and Lebanon, and fashion shows of the graduates of the International Institute of Fashion (Esmod) in Damascus. Self-confidence is very important to see in herself a model, as well as having a special appeal and charisma that draws the attention of the public.

She must be quick to be quick witted  and to be familiar with the manner of walking and swaying, and to keep up with the fashion and have a bold and courageous personality. 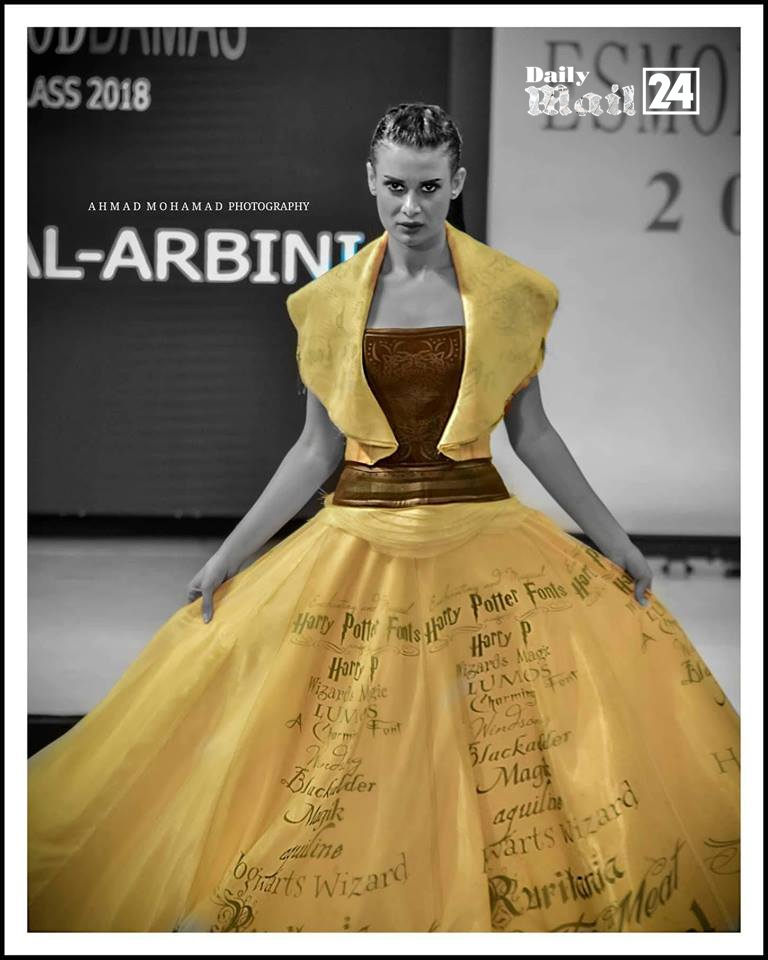 Walking & Standing in Fashion Shows it helped me break the barrier between me and the public, by standing  before the audience confident and distinctive, because fashion shows is a kind of improvisation related to theatrical work that we were doing, the link exists directly in front of theater and fashion audiences . But fashion shows are based on beauty and appearance, while talent and mastery of details play a key role in the actor’s success.

To Maintain Myself, I am keen to exercise regularly and eat healthy food that suits the nature of my body, and maintain a balance between them. I also care for psychological comfort because it is the most important factor in maintaining the body shape from sagging, so I always smile. People think that the fashion profession is easy and entertaining, and the models earn lot of money, but the truth is quite the opposite. It’s hard for girls to make a career or a profession that they get stuck with forever.

Despite this fact , we face major problems: the lack of culture of fashion shows and its  importance in society, but I am thankful that I have not experienced any special problems, as some models have been shown to fall on the podium or fall in their clothes, and in the event of this I deal professionally in these cases.

People says I looks  like world model Kindle Jenner, with regard to shape  and her walk. In acting, I like Angelina Jolie with her human and professional attitudes. In Syria, I like  Mona Wassef, Nadine Khoury, Yasser El Azma, Dureid Lahham, Bassam Kousa, Ayman Zeidan and Hussam Tahseen Beik,  in their big names.

I follow-up more on the LBC screen and specifically the CATWALK fashion program. World model shows are always  present on a regular basis, and are  characterized by substantial material support, media attention and more professional organizational management. Our shows  lack some of these details, and few show the role of models in their success.

My dream knight of the social status and the scientific and cultural level I had hoped for, who understands my own circumstances as a fashion model.

I want to build a relationship based on the mind and trust, otherwise there is no good in its existence, my self-confidence is very high so no one can easily deliver my heart,  and the spiritual aspect also interested me for building a family under one roof.

I am raised by a Mother. I belong to a family , which is composed of my mother who took care of all the details of our lives to build a happy and interconnected family. My father passed away  from life after he established my family’s success. He was an essential and great supporter for me in my life to achieve what I wish. I will continue my career as if he is still by my side. I have one sister and two brothers  who have all details about my life and secrets . We work together to stay under the shadow of what my father had built before his departure, and each of us is distinguished in his work and his community outside the framework of our home. Professionally, my ambition as a knight is to participate in world championships, and as a fashion model I wish to reach world fame and raise my country flag with all success.

Socially, I wish to build a family as my parents did, where love between them remained unending.

I am going to represent my country Syria to the world in World Fashion Festival Awards Dubai this year from 29th & 30th March 2019 & willing to win a prize for my beloved country.

Official of World Fashion Festival Awards Dubai Mr. Muhammad Asim Khan introduced me to WFFA management and I am so excited to be Part of this Elite Class International Fashion Event.