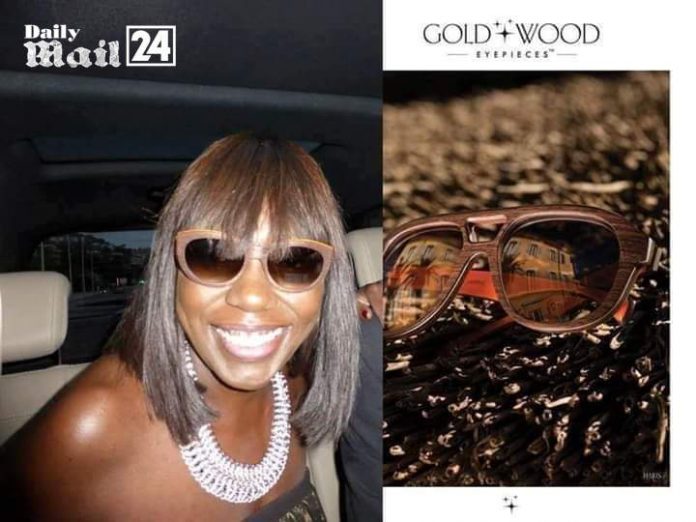 “I vibrate when I invest in an innovative, original, avant-garde artistic project “ 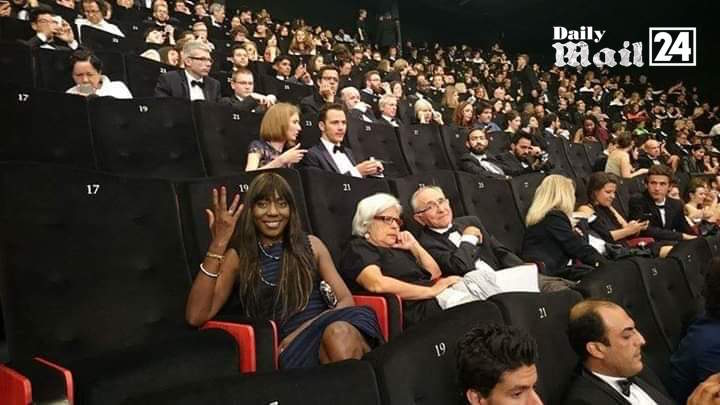 I was born in Dakar, Senegal, from a Guinea Bissau family. I arrived in France when I was 4 and only spoke in wolof. Later I learned that I am a real princess of two villages in Casamance. My ancestors were colonized as slaves by the Portuguese who changed their names as Gomis. The initial name of my family is Biagui. I am Princess Adji Biagui. I heard that the American actress Woopi Goldberg who traced part of her ancestry to the Papel and Bayote people of modern-day Guinea-Bissau is my family, as Biagui, too.my two cousins look like woopi does why i want met her shes inspired me !

My mother was in evenementiel.   she  was promote the big and best party in africa and in marseille  soirées  my   father  was a  navigateur,  fonded  in  1968  with the maire Gaston Defferre association  for   the intégration of  africains in  France.

has a young age i always love evenementiels because is a true challenge and  so much creativity in art i prefer to be in a backgroung i want make sure artist shine from the talents!

2. Why did you create The Great International Contest on the Web for OFF Cannes Festival?

we have now 7000 participants we want her artist  have a chance to be discover by big stars and win a great mentor like, Tels que Max Howard, Jay Schindell, Alan Reeves. Any way  all the kinds of arts like music, cinema, photographer etc ….cant connect a fusion  together like a factory  we want honor Andy Warhol he was original and avant garde and we love him!

When I met Alain Zirah, the OFF Cannes festival founder, in 2010, we created a website to collect the pictures, music and videos of new talents. Alain founded his event in 2005 and I proposed him to organize a competition for 2012 Cannes festival. The New Talents just had to send their short films and music on the website and we can see today all the details on the official website www.off-de-cannes. webs.com.

We met several multi-talents artists who couldn’t enter in the categories of the festival and participate to our competition in different categories as films, music, fashion and fine arts. Max Howard, Warner Bros Animation President and Disney producer, accepted to preside the jury of the competition.

We organized a screening in a movies theatre at La Croisette and had a succesful ceremony on Carlton Beach. Then, in 2013, Max Howard wanted to participate again as president of our jury and came back with his partner Jay Schindell, supervisor of SFX for Iron Man3. We organized the ceremony in Eden Hotel and had a show with Pinup Miss You as Jessica Rabbit specially dedicated to Max who produced the film Who killed Roger Rabbit.

In 2016 we get a partnership with Dr Antonio Gellini, World Film Institute and Paramount, and co-produced with him the Family Films Awards in Carlton.

Now, for the third year on a row, we present our artists in the Intercontinental Carlton ballroom with The Great International Contest on the Web for OFF Cannes Festival and Family Film Awards. During last festival, in 2018, Olympia A. Gellini, Alain Zirah and myself announced the winners of the 22th Family Film Awards.

Best actor : Johnny Depp for Pirate of the Caribbean.

We have to go in Los Angeles to give them their trophies and pose together with Olympia A. Gellini, Johnny Depp, Gal Gadot, Patty Jenkins and the team. 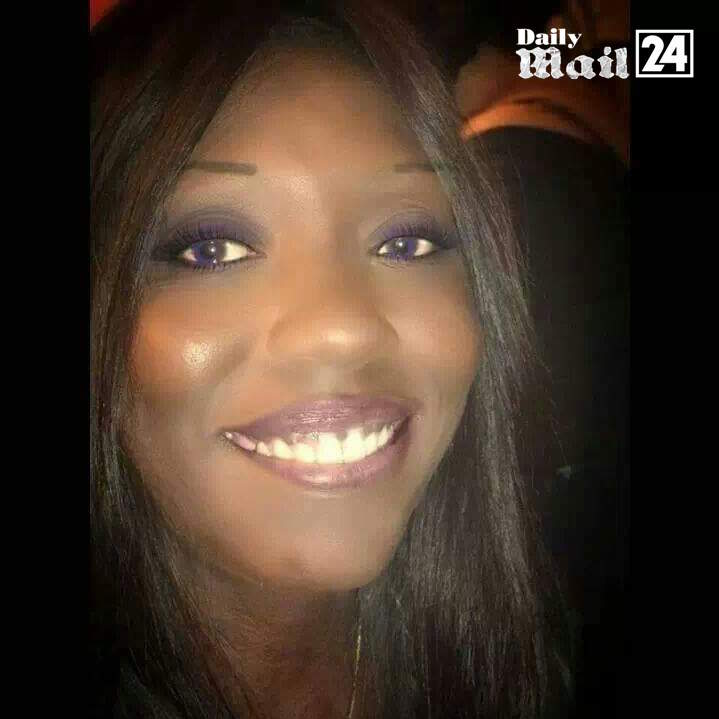 With Alain Zirah and Nourredine Falah, we wrote the script of the long feature Forbidden Visions/Visions Interdites. Alain and me shot it as-codirectors. It is a  fantasy thriller about a new drug in Marseille, in the South of France. The city is very famous because there were several famous films as Borsalino (a 1970 french gangster movie directed by Jacques Deray with Alain Delon and Jean-Paul Belmondo) or The French Connection (a 1971 american thriller film directed by William Friedkin with Gene Hackman and Roy Scheider and a sequel followed in 1975). A 20 year old girl goes to the police about the kidnapping of a man. Bernard Destouches and Estelle Fathi have this astounding confrontation, the big man and the small little girl. The famous and sulfurous singer Afida Turner, Tina Turner’s daughter in law (she married her son Ronnie) acted for the first time in a French film and develop another wild confrontation with Jean-Luc Bosso as inspector of police.

We were very proud on the two hundred persons who worked on the film to have thirty persons who came in Cannes festival for the avant-premiere screening. Halidi M’Sa, chief operator, was very happy to discover the Carlton for the first time as Veronique Smolen, still photographer, Nourredine Falah, writer and actor, and of course Afida Turner who made a good promotion with many French tv broadcast channels. 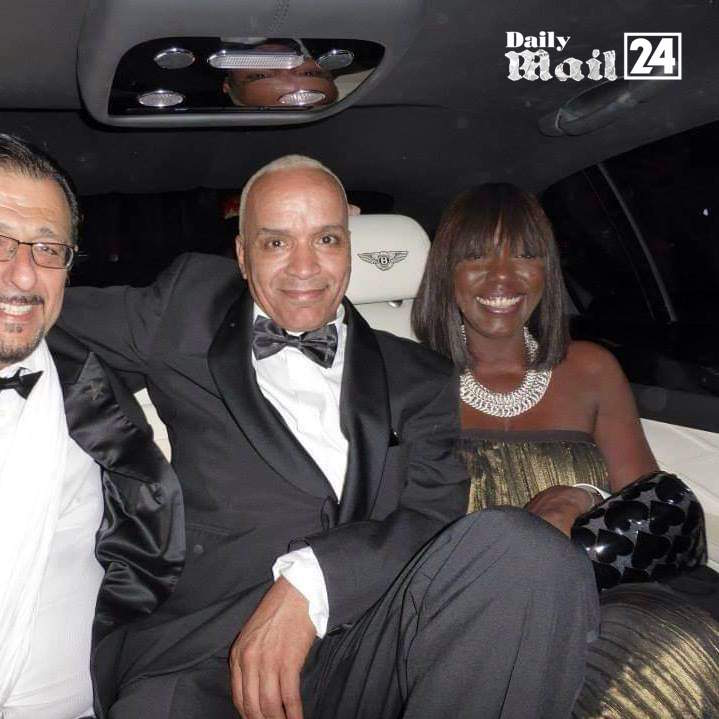 4. You’re also famous in your city for the rap band IAM. Can you explain why this band is so important in France and what was your apport to the band?

I always get an artistic sensibility. When I was 12 years old,  i was very Sensible to injustice  my girl friend was very poor cant never get acces in a a club i was very sad!

I founded a team of cheerleaders and my own  gym  so all   my neighborhood of Frais Vallon. cant enjoy also  i did  organized a lot of party  so i cant continued my mother legacy    A 23 years j  i did organized Miss Black  beauty queen  and also Miss Night.was amazing we was on a cover of the magazine la provence!

There were people from all origins and all religions. When I grew up, à 29, I was manager of a night club for 7 years. The B52 was the fist club  rap  i n France.  all  rappeurs french  y  beginning  in my club  i was so proud!. IAM, Soprano, Funky Family, Psy4 de la Rime.

When I met Philippe Fragione, he was 18 years old. He wanted to play music against his father decision to finish his studies. His father put him out and I founded him an apartment in the building that I occupied and my boyfriend vouched for him. We helped in to play music in concert hall that we would run. I listened the rap band showcase and was convinced they were talented. So I took him to Virgin Megastore’s office and claimed a live listening with the producer. We signed a contract for a record and get the first part of Madonna shows in Paris. Then, with Claude M’Barali, a famous french rapper of Senegalese origin, in my apartment, we convinced Philippe to write a commercial music. He came next week with the cassette of Je danse le Mia. That song became a major hit in France in 1994 and is considered the signature song of the band. Thirty years later IAM is the most famous hip hop band in France and the symbol of the city of Marseilles.

5. You sang in Carlton a song you composed. What are your projects? Do you Feel Good?

I always been in the music industry. When I was the B52’s manager (it was the name of my nightclub) I received several artists and singer who asked me to sing in my club. A young Comoran boy came very often with his rap band. Actually, the rapper Soprano became one of the most important figure in France. He is the only singer from Marseilles who have been able to bring together 60.000 fans at the Orange velodrome stadium. He also is one of the four coaches for the famous TV show The Voice who discovers musical talents. So as African people I always sing and dance. With the musician Michael Paranthoen, I composed a song called Feel Good. We used it as the teaser of the Great International Contest on the Web for 2017 Off Cannes festival. And during the ceremony I sang my song twice in the Intercontinental Carlton Ballroom and lounge. I participate with Alain Zirah to an African beauty pageant where we met the producer Martial Benhamou (Fil rouge BMG prod) and the singers Martine Malory and Douchka Esposito. We have some projects in music, together, for 2019 Cannes festival, in May. We’ll give you next information later, with a mix of music, fashion and films. Stay tuned and feel good. 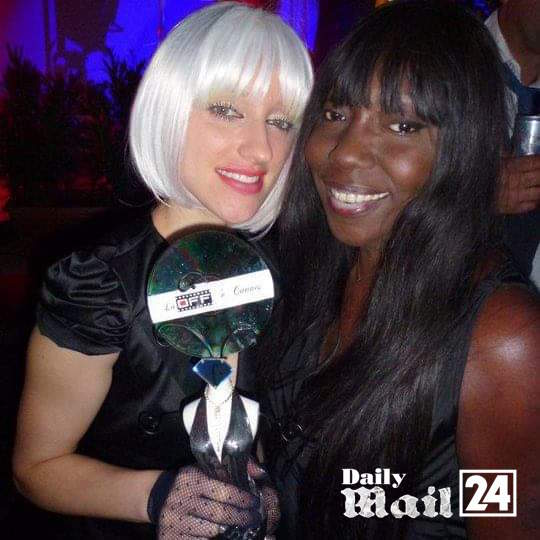 I create the big international talent web so everybody have a chance via face book so people from all country cant participate in fact the first day we open the page we did have 5000 participants and now 7000 and is going big every day we want beer artists who win cant work with professional and find mentors like max Howard Jay Schindler Alan Reeves .

We did the best to mix artists from. Music and movie and art