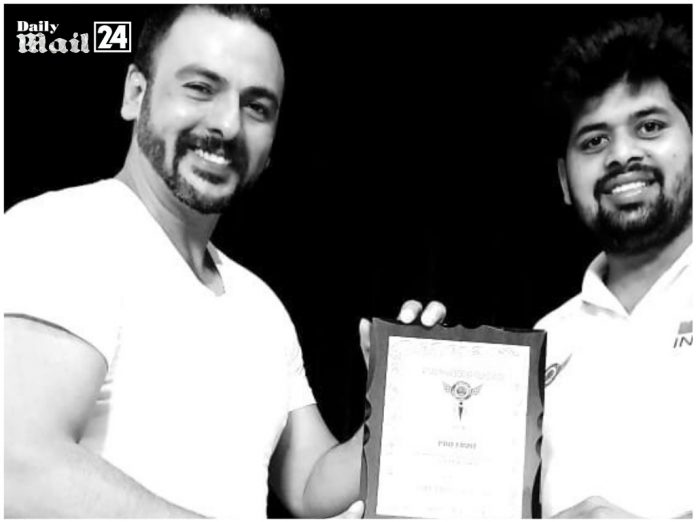 The international sport Boxing is becoming the 2nd most popular game in India now which is the world’s richest Game. Before Super Boxing League Season I, there wasn’t any platform in India that has given an International stage to Indian Pro Boxers to showcase their skills to the world. Being associated as Talent Partners  in Super Boxing League, Amjad Khan has given platform to a many talented players to prove themselves in professional boxing.

Amjad Khan Boxing Foundation is coming up with it’s *5th AKBF Pro-Fight Event to be held at Marwah Studio on 30th March 2019* in *Patronship of Mr. Sandeep Marwah* (Founder, Noida Film City). The AKBF Pro-Fight Event will be supported by Indian Boxing Council which affiliates professional boxing events in India for the record fight.

SAHIL PEERZADA: One of the biggest Entrepreneur of India.Very humble person and ground to the earth. He is very close to Amjad Khan and supporting his 5th AKBF PRO-FIGHT at Marwah studios, Noida film City on 30th March,2018.

Chandan SinghNaseem Ahmed: The AKBF Pro Fight Event will feature total 8 bouts including 6 Men bouts and 2 female bouts. The competition between the players will be in 6 different weight categories with bouts of 3 rounds of three minutes each. This competition amongst Pro-Boxers is an opportunity to participate and showcase their skills to the world.