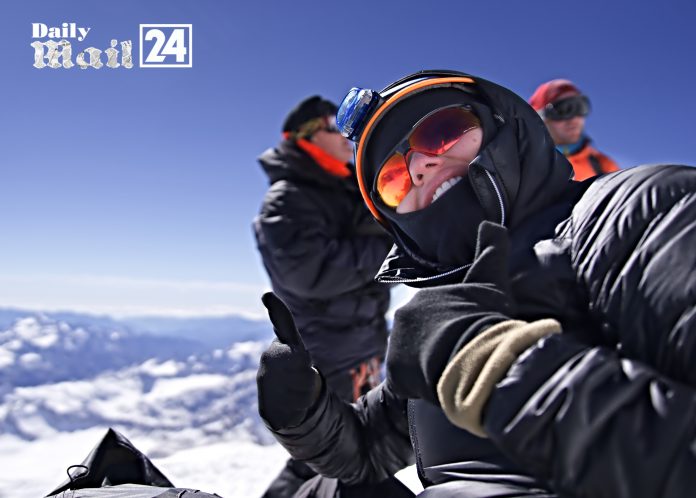 At the beginning of last year I woke up one day and decided “I’m going to climb a mountain”. I didn’t really know why or what for. Miss Europe World wasn’t even something I had thought about at this point. Sometimes I scare myself (and my mum) because I’m not entirely sure what I’m going to wake up wanting to do next.

Later in the year, I had the opportunity to represent the UK at the Miss Europe World competition in Beirut. Then it dawned on me, I’m going to win this competition and I’m going to take the Miss Europe World sash to the summit of Europe’s highest mountain to raise money for people with skin conditions. To be honestly I had absolutely NO idea how I was going to win but after 10 years competing, this crown was mine.

Today’s theme is all about the power of deciding and manifesting.

I had decided Miss Europe World was my title. This was the one I was going to win. I believed it with all of my heart and never allowed another thought to enter my head. Before I entered competitions because I enjoyed travelling, meeting new people from all over he world and the thrill of being on stage. However this time was different. Entering this competition was driven by purpose and my desire to serve others by raising awareness for skin conditions and the British Skin Foundation.

I have represented the UK internationally 5 times before at other competitions. However I never quite believed it could be me. I wanted to win, sort a thought maybe could a might possibly win. But, never truly felt I could. There was always doubt in my mind, as a result this reflected in my performance. I remember admiring another girl at one competition and how people had said she presented herself throughout the competition as though she had already won. She won. It’s not that she said anything; it was just her poise, her grace and her confidence. She believed and it showed.

The power of visualization is real. Believing “it already is” is a powerful manifestor. By doing this you raise your frequency to align with that outcome. Believing “it already is” is the law of attraction. You attract what you think about. Another reason for “believing it already is so” means you automatically step into that role as though you are. You act like the winner, you walk like the winner, you speak to people like the winner. Consequently people then see you as the winner. If you don’t quite believe it you act like a runner up and if you don’t believe it at all, this unwittingly manifests in your actions and then manifest poor results.

Once I had done the pageant, I then applied this “believe it already is so” philosophy to the mountain climb. I had no idea how I was going to do it, how I could afford such an expedition or how I would get to the top of “one of the world’s deadliest mountains”.

Next thing I know, by keeping this belief in my mind, the universe attracted Aaron, Wanderlost  Productions, to me who is an incredible adventure videographer and drone pilot. Then incrediblyHolonisoffered to sponsor the climb for me and Aaron! We found an amazing expedition leader who could take us up the mountain and things just kept falling into place.

The takeaway: set a goal, decide it’s happening and believe “it is already so” and don’t deviate from that path until it manifests.

In my case it landed me on a mountain top

To donate to the charity climb for the British Skin Foundation go here:

To see the video episode, go to mine and Aaron’s Holospace: