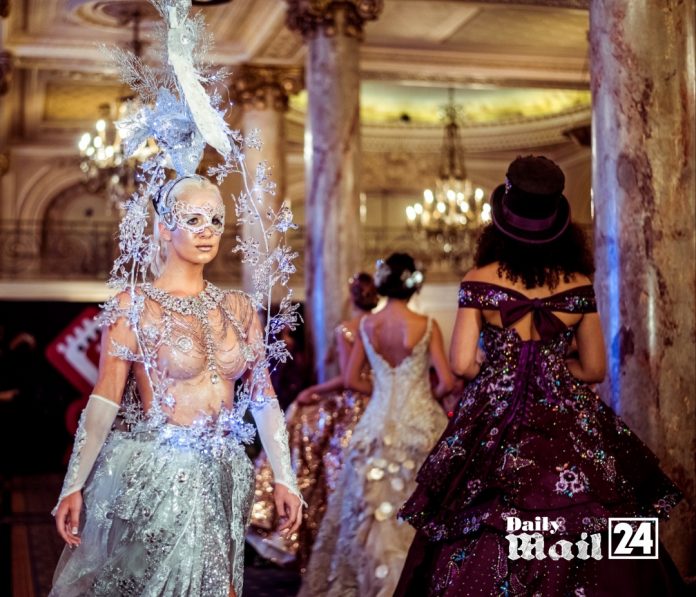 [May 25, 2019] A proud moment for British Fashion as the brand ‘Gina Frias London’ was awarded the prestigious ‘Fashion Designer of the Year 2019’ at the recent Global Short Film Awards last month.

The Global Short Film Awards, held by organiser Andres Aquino, was strategically placed at the Charismatic Carlton Hotel in Cannes on the closing night of the 72nd Cannes Film Festival. The GSF Awards is a world-leading event dedicated to short films and it is the number one luxe film and fashion award gala in Cannes during the Festival period. The event itself had a strong media presence was being viewed in over 135 countries
Gina Frias London was the opening fashion show, where she dazzled the audience with her creative couture collection.

In a recent phone interview, Gina said “I was completely shocked to see that I had won the award, I spent over 8 long months designing this collection and to see my hard efforts get recognition for it makes it all worth it, I am getting offers for shows and orders from all over the world”

Gina Frias London is fairly new on the fashion scene, it was incorporated only last year but in this time they have already started to create waves. In this short space of time they have featured their designs in London, New York and Paris Fashion Week and have appeared alongside top international brands such as Vivienne Westwood, Just Cavali, DSquared2 and Marni.

Gina Frias London was requested by renowned Cypriot Pageant Director, Stavroulla Nicolaou to dress Miss World Cyprus, Adriana Fiakki, on the Official Red Carpet which was viewed by millions around the world. She wore a one-of-a-kind, fully crystal embellished gown that turned heads everywhere she walked.

When asked what advice she would give to emerging young designers she says “A lot of people will tell you that you can’t do it, a lot of people will tell you that you’re wasting your time, focus on being you and the rest will fall into place. Unfortunately theres no fast track way of getting your ideas heard but just take all the chances you can get, keep designing until your fingers hurt and follow your heart. One day it will all be worth it”