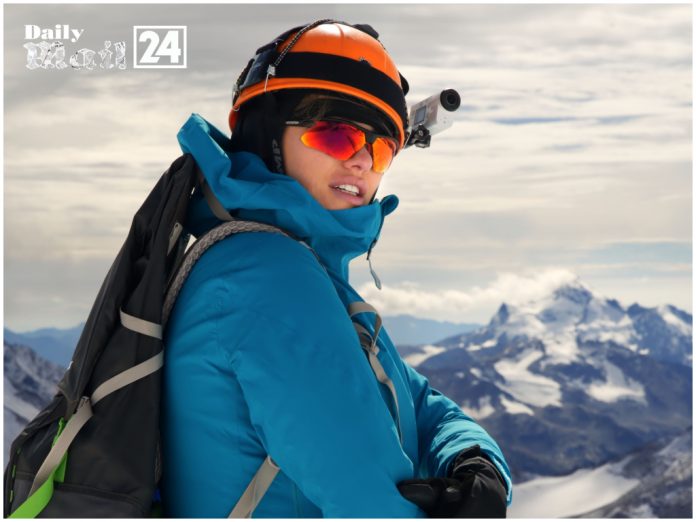 Luissa Burton was constantly told that living with a chronic skin condition would make it impossible for her to ever pursue her dreams of becoming a professional model. Many thought that possessing such a visible disease in a world where perfection reigns supreme would only lead to inevitable heartbreak and discouragement.

Now, to most, this hurdle may seem too high to surmount, but to someone like Luissa, it is simply another challenge she was determined to conquer.

Luissa suffers from two chronic skin conditions–eczema and psoriasis–that, at times, can cover her entire body with a red blotchy rash. At its worst, even the simple act of walking down the street would often face her with such harsh critiques as being called a leper or considered dirty or contagious by passers by.

Despite the negative opinions of others, Luissa has made the choice to embrace her disorder as opposed to succumbing to social pressures and now wears her scars as ‘logos’ to her success. When asked about how she is able to cope with this kind of appraisal from others, she responds, “turn your worst day into your best.” It is this attitude that has lead to Luissas successful modeling career.

After winning the Miss Europe World competition in 2018, Luissa knew that she wanted to take her newly found international platform and use it for good, and she also knew that she wanted to raise money to support others with skin disorders similar to her own, but didn’t know the exact method to go about raising the funds. One morning, soon after her crowning, she knew what to do.

With the help of adventure photographer/cinematographer Aaron Shoemaker (Instagram: @wanderlost.productions, Facebook: @wanderlost, Holonis: @Wanderlost), Luissa decided that as her title was Miss Europe World, she would take her sash to the highest point in Europe, the deadly Mt. Elbrus in Russia, in support of The British Skin Foundations. Being a long time spokesperson for the foundation, it was a logical choice.

Luissa is a very symbolic person. When asked why she would consider such an extreme undertaking, she replies, “It just makes sense. We all have mountains we have to climb, whether literal or figurative, and people need to see that no matter where you are in life, you can make a positive change if you’re willing to brave the climb.” Luissa hopes to use her story to encourage others to follow their dreams as well.

In order to promote her cause, Luissa and Aaron have produced a feature length documentary detailing the trip in its entirety. The film, titled Elbrus-Sky, has recently been released on the social media platform (and major expedition sponsor) Holonis and can be viewed at this link:

“Holonis is a platform that is all about empowering the individual to become their own online brand. This is actually where Luissa and I met and where we developed this whole project” says Aaron. “I am so glad they were willing to be a part of all this.”

If you are interested in learning more about Luissa and her recent climb of mt. Elbrus in Russia, you can find out more by visiting her Holospace and by following her on her other social media platforms:

The link to the donation page can be found here: