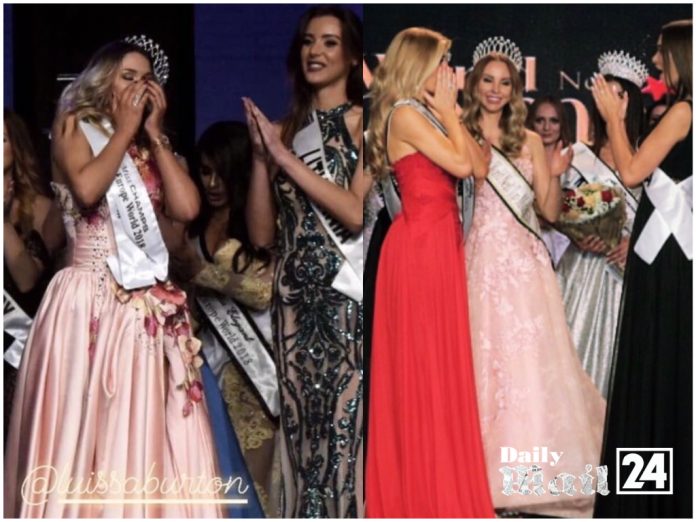 They have remained best friends ever since their first competition because of pageantry. Many people think that girls are bitchy in competitions but pageantry has built many life long friendships.

Combined the pair have represented England and the UK a total of 12 times internationally. This includes competitions in Albania, China, the Philippines, Ghana, Czech Republic and now Lebanon to name a few. They both have competed for 10 years and show you what can happen when you NEVER GIVE UP!

It is wonderful to see women supporting women. Great things can happen when women support each other and these two friends are the perfect example. Bravo Chloe and Luissa!!!!! ! Huge congratulations to the United Kingdom for having such wonderful hard working successful queens.
Next stop: world domination for these two!