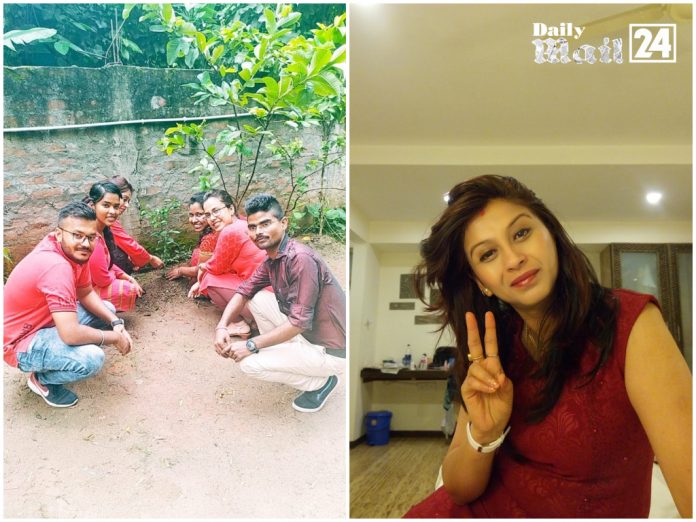 We are all experiencing extreme change  in climate. When climate change occurs temperatures can increase dramatically. When temperature rises, many different detrimental changes can occur on Earth.

As a result we are witnessing more floods, droughts, or intense rain, as well as more frequent and severe heat waves as mother nature is forced to go into a correctional mode much to the calamitous outcome faced by man and animal.

This year for example is a monsoon deficit year in India. Delhi has witnessed around 90% less rainfall in the last five weeks. A large part of country has not even seen appropriate monsoon yet.

Oceans and glaciers have also experienced such catastrophic changes: oceans are warming up and becoming more acidic, glaciers are melting, and sea levels are rising.

During the past century, human activities have released large amounts of carbon dioxide and other greenhouse gases into the atmosphere. Most of these gases come from burning fossil fuels to produce energy for mankind’s consumption and comfort with drastic aftereffects.

Greenhouse gases are like a blanket around the Earth, trapping heat in the atmosphere and causing it to warm. Global warming has really taken a cataclysmic effect the world over this last century and the current one.
The best way to combat this change in climate is by planting more and more biodiversity-oriented trees.

The idea was promoted through a radio interview and Facebook and Mrs Meeta Choudhury Dutta was awarded World PHD Chakra Award in appreciation of her efforts.

This is year ‘Together For Change’, an NGO which is working in the health sector at Guwahati, with co-founder Mrs Meeta Choudhury Dutta and her team of dedicated Warriors (Volunteers) is back again this monsoon inspiring people to plant more and more trees.

This year the basic idea is to plant a sapling/water a tree, in a red attire, click pictures and post them on Facebook, challenging at least three friends to do this same task.

The Warriors at ‘Together For Change’ have taken up the task  and trying their best to spread awareness about the imminent danger of climatic catastrophe if the trees are not planted extensively and universally.

The movement has become a palpable hit and is also being supported by Bollywood Actor/ Director Munna Yadav, Model/Actor Dhanishta Naina Chhabra,  Shikha Mitra – a Socialist and hopefully many more will join this inescapable mission.

Together For Change in collaboration with CleanVayu is also donating saplings which can be collected by contacting them through their Facebook page.

Better late than never, so join the inevitable cause for our own sake as well as for the sake of our innocent posterity ! If you want to breathe, save & plant the trees !!!