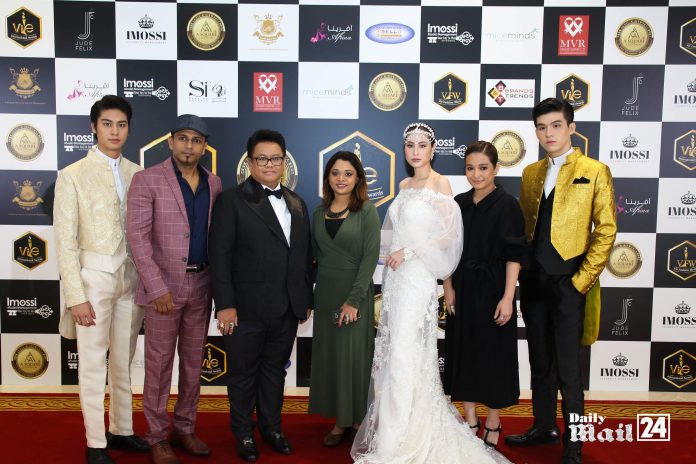 Vie Fashion Week Dubai 2019: The biggest Fashion Show ever in the Middle East

Akhil and Aiswarya, the designer couple is sensation now in the fashion world with their recent project at the Dubai World Trade Centre (DWTC). This designer couple has been in the hearts of the fashion enthusiasts right from their very first project, Vie Fashion Week, India.

A Square London, their parent company paves the way for this novel designer couple to set their feet in the global fashion industry.

This couple is again back with full force to seize the minds of fashion devotees from across the globe.

This time the couple had taken appreciation from the fashionistas by showcasing the International Designers talents at the DWTC and support from the Dubai Tourism. Vie Fashion Week, Dubai 2019 was a dream come true for many fashion enthusiasts. The most awaited audience was pleased with the eye catching moments set by Akhil and Aiswarya.

It was one of the biggest Fashion Show ever conducted in Dubai, one of the top fashion hubs. The show was blessed with the participation of many renowned international Designers, Models, Celebrities, Vloggers,Bloggers, HNI’s and Media from around 38 countries.

The Vie Fashion Week in Dubai had the biggest Fashion Runway in the Middle East ever with 180 feet in length and 20 feet in width which gives the audience a better view of the designs in royal style. Dubai had never seen such a big fashion event in fashion.

The show had the presence of the Royal Family members and HNI’s from around the globe. The main motive behind the whole team was to bring global Fashion and Lifestyle in a single platform which was made possible at the DWTC in 2019.

Founder and CEO of A Square London, Akhil and Aiswarya thanked and appreciated the help and support they received from DWTC and the Dubai Tourism Department.

Being an Indian they never compromised the culture, here too they brought a piece of yoga session to entertain the audience and to show the culture. Mr. Rohan Raphy, one of the most talented young yoga artists from India performed during the Vie Fashion Week Dubai 2019 to stunned the audience.

Akhil and Aiswarya also expressed their sincere thanks to Dr. Siddeek Ahmed, Chairman and CMD of Eram group, who guided and supported them from their very first project.

They expressed their sincere gratitude to Mr. Khalid Mohamed Tazeem from Alpha Ventures, Mr. Ramesh and Mr. Rajesh from Zaga International, India for their immense support and guidance.

Their collections not only astonished the fashionistas, it was an amalgamation of different culture and creativity from various continents. It helps the A Square London to achieve their goal of bringing global Fashion and Lifestyles under one roof.

Each International Designer showcased different creative designs which got huge appreciation from the fashionistas present at the venue.

Top stunning Models and Celebrities from various countries enhanced the clothing line beauty of international designers from around the globe.

Top stunning Models and Celebrities from various countries enhanced the clothing line beauty of international designers from around the globe.

Their Vision 2022 will cover all continents and they will be able to grab the hands of fashion devotees joined to achieve their goal.