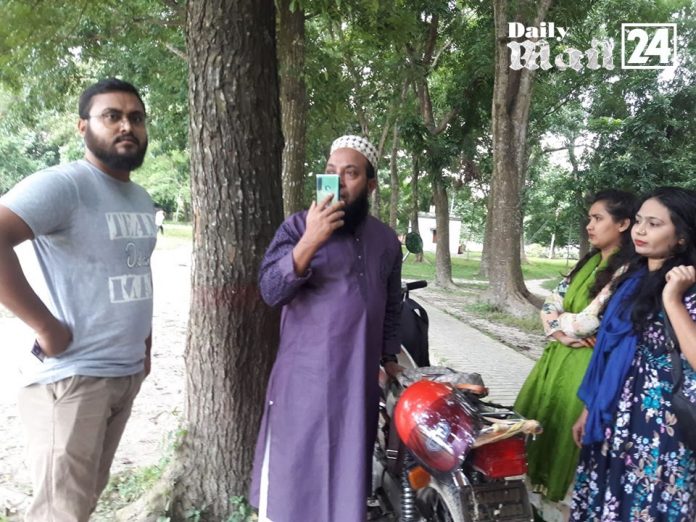 Three students in Rajshahi University(RU) were handed over police by the university proctor after they were allegedly caught red-handed while smoking weed at “Iblish chattar” of the university on Wednesday 4 pm.

University Proctor Dr. Lutfar Rahman told that, on information he rushed to the spot. Seeing him, they hurriedly threw away the weeds of their hand. After searching their bags some more weed and other drug were found.

“RU Proctor handed three students over police. After interrogation we will take decision.” Said the officer in Charge of Matihar Police Station.