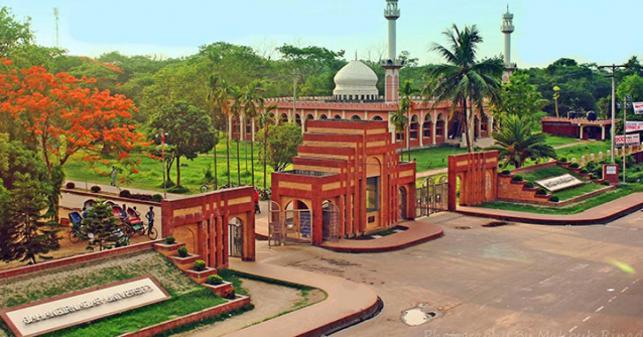 Tuesday (8 October) at 1 pm up to 50 students  brought a protest procession from the central Shaheed Minar premises and went through main entrence of University and ended in Joy Bangla Gate. After that, they blockaded Dhaka-Aricha highway adjacent Joy Bangla Gate demanding justice for Abrar with ‘demanding justice for Abrar’ chanting. Agitators students blockaded the highway to 2.30 pm. Agitators demanded quick and capital punishment of the killar of Abrar.

Rakibul Haque, functioning member of Jahangirnagar University Student Union said, “Abrar talked for our country. Was patriot of Abrar worng?living in this country shall we be slavery of India?”

Mentioable that, Monday (6 October) at 3 am Abrar Fahad’s dead body was found at the residence Sher-E-Bangla Hall of Banglasesh University of Engineering & Technology (BUET). Abrar was a student of second year of Electrecal & Electronic Engineering department in BUET. It is said that he was beaten to death by the political leaders of the University for posting a status protesting the gas and water agreement with India.