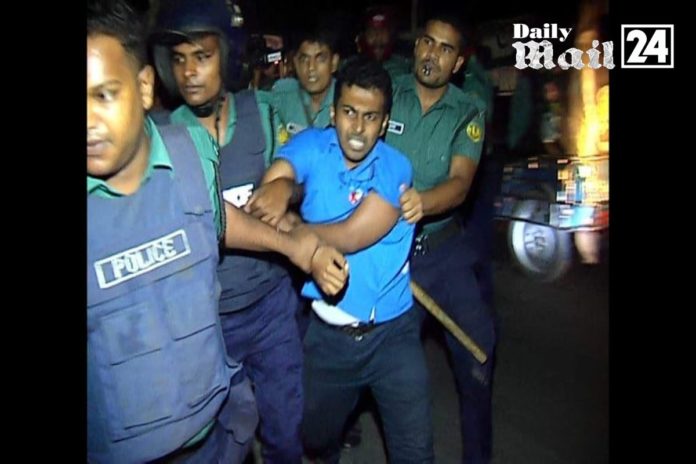 Police on Tuesday sought to disperse protesting students of Rajshahi University as they blocked road in front of the university’s main gate area after BCL activists in Jahangirnagar University(JU) attacked protesters who called for JU VC to resign, resulting in four students injured. 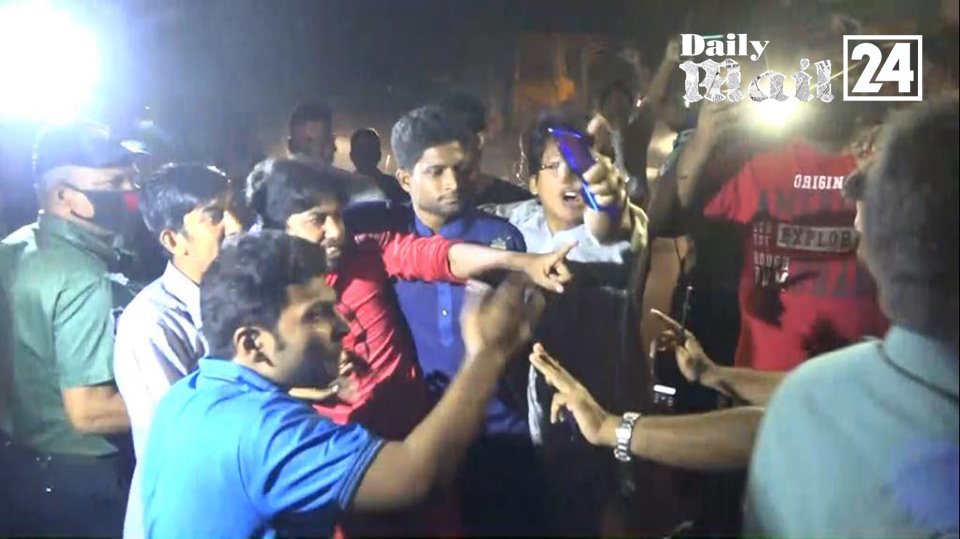 The injured were identified as Mazharul Alam, Morshed Alam, Abdul Majid Antor and Shahriar Ridom. They were immediately rushed to the university medical center. Besides, a student of North Bengal University was also arrested on the spot.

Earlier, around 5.00 pm students were going through a peaceful protest. After a while, some university teachers and officials join them and they block road. At a time, protesters tried to stop vehicles. Suddenly police dispersed the protestors and started charging them.

“We requested the students to leave the road. As they did not, we forced them.” Said Motihar zone Assistant Commissioner(AC) Masud Rana.

When contacted with RU Proctor, Dr. Lutfor Rahman on this issue, he got no idea about the incident.