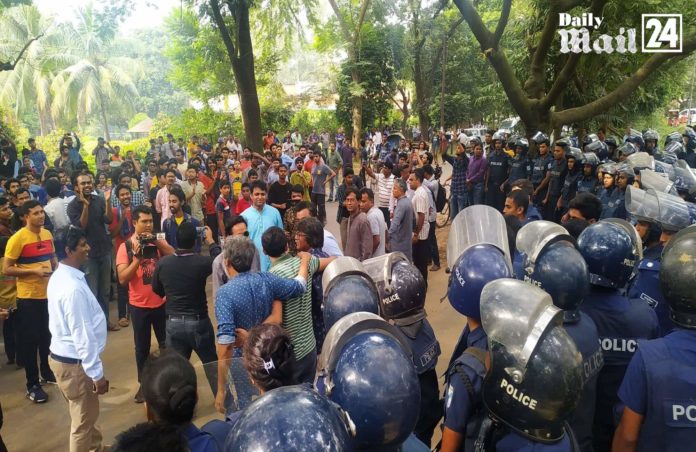 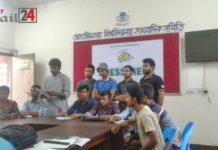 Jahangirnagar University teachers and students brought out a protest procession demanding for the removal of the Vice-Chancellor prof Farzana Islam ignoring the administration’s order. 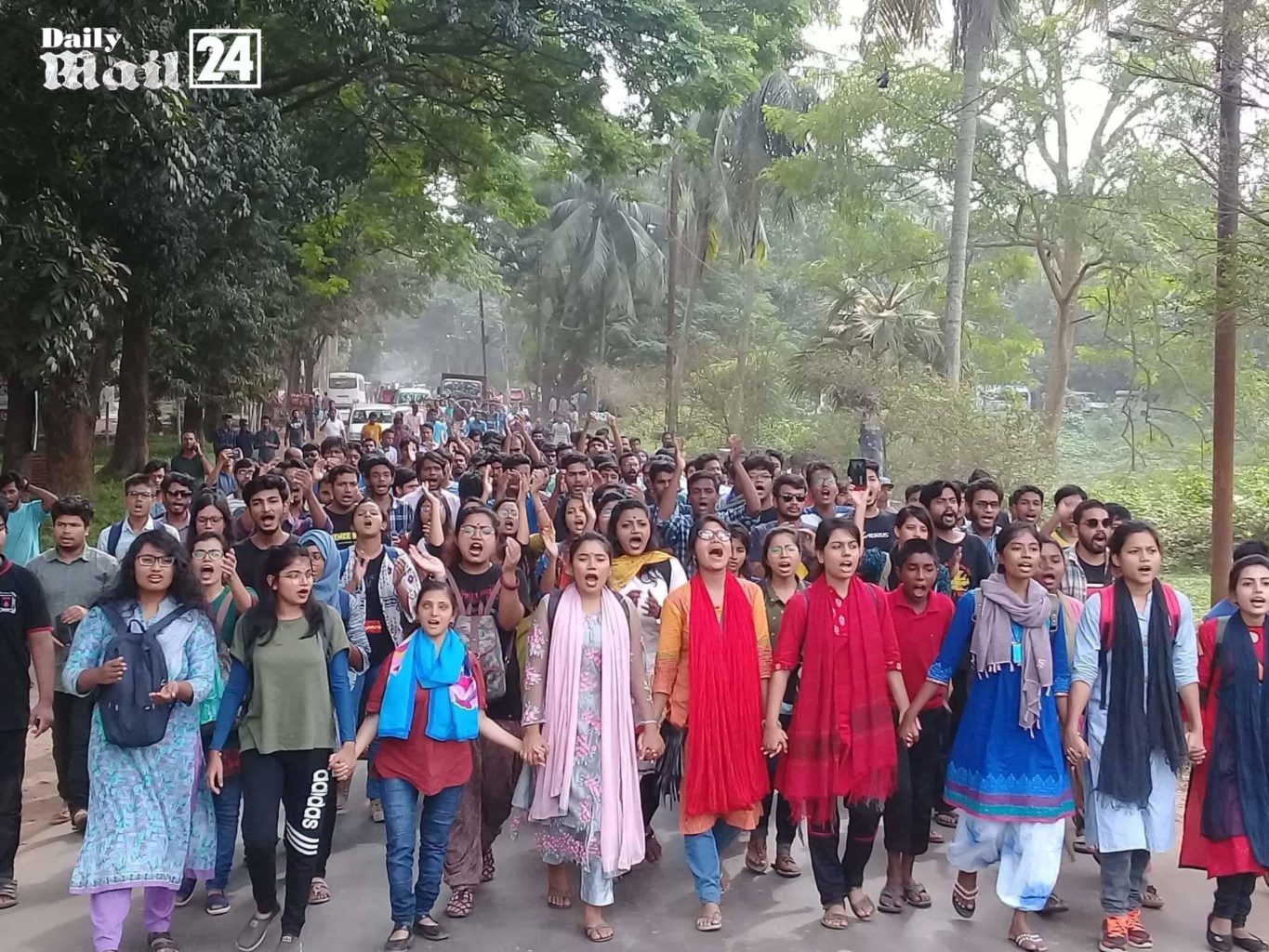 On Thursday (7 November) the protest  procession was began from in front of the old administrative building and ended with a brief rally in front of the old administrative building turning around the Vice Chancellor’s residence and passing through important roads. Earlier on Wednesday, at a press release by the university administration, it was announced that all the rallies and processions were banned  at the university. The press release also said that no student from outside can enter in the university, attend meetings, rallies, processions on offices or any residential area.

Organizing secretary of JU Student Front Shobhan Rahman said, “We have asked Professor Farzana Islam to come out and prove her innocent. But she did not agree. She did not accept the demands of the investigation and attacked us with the Chhatra League. I would like to tell the Vice-Chancellor that you should leave your chair and help the University run as usual. Otherwise, you will be responsible for this stalemate of the university. ”

Protesters will hold a protest concert in front of the Vice-Chancellor’s residence at 6 pm.

On the other hand, the police are on duty in front of the Vice-Chancellor’s residence.