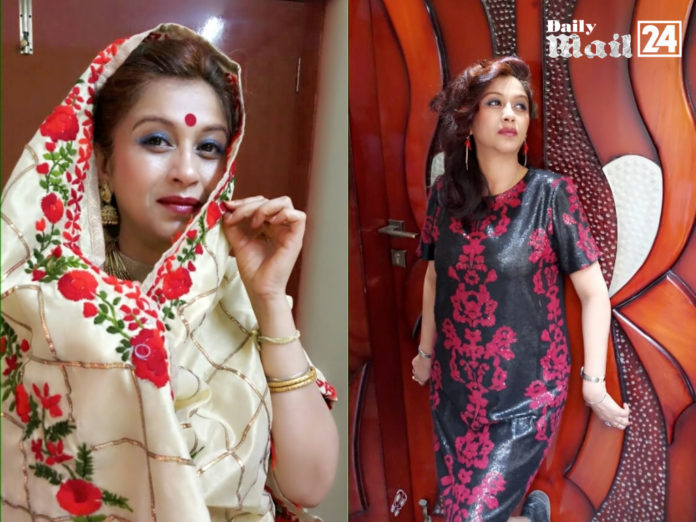 Meeta Dutta, an advocate by profession practicing principally at the Guwahati High Court at Guwahati, Assam, India, is a social activist by mission and an actor by passion who is also associated with Cadence Theater Mumbai, India, and is a well known face in a variety of fields.

She has been voicing her independent opinion about various areas of concern in this period of different versions of COVID restrictions, be it due to ‘Lock down’ or ‘Unlock’ phases, and especially about her consternation at the recent tragic incidents be they in Bollywood or in other areas where people have shockingly succumbed to the pressures of the present times and collapsed under the sheer discrimination perpetrated upon them by a few insensitive and intolerant sections of our society.

She has made her debut as a director, script writer and actor with her own short films namely ‘Green Tree’ and ‘Black Coat’, which dealt with a couple of burning and contemporary issues. These endeavors have won her the award for the Best Motivational Films at the recently and virtually held LOSFFA Awards 2020 on 20th June 2020, that were organized by Bhardwaj Films Production India. The said awards conferred upon her were in recognition of the appropriateness of the subjects that was brought by her into both the short films and the simplicity with which they were executed, delivering forthright messages of absolute importance backed up by thoroughly natural performances enacted by her in them.

The program was presented live from the Facebook page of Bhardwaj Films Production India.

Artists from all over India had participated in the said short film festival. The films based on the effect of the lives of the common man because of the lock down due to the global pandemic were mainly selected. Some of the films were however different from the current subjects but their content was so arresting that they were duly appreciated, along with some children’s films also, that were so heart-touching and that they were aptly chosen as well.

A total of forty films were shortlisted out of which twenty-eight got their due recognition and were thereby befittingly honored in various categories.

In an exclusive interview with Saif Rehman Sozib, Meeta Dutta graciously agreed to divulge some tasty scoops about ‘Black Coat’ and ‘Green Tree’, disclosing inside details about how she actually crafted them.

All this happened during the lock down period at her native city of Guwahati when she came across a post on Facebook mentioning that the LOSSFA Awards online short film festival was going to take place. She said “Some ideas came to me and thereupon I tried my best to give shape to them in the form of a script. The most challenging part here was that I had to draft meaningful scripts for the two shorts which had to be enacted between 1 to 5 minutes each in accordance with the guidelines laid  down by the organizer. Moreover, these had to be solo acts as due to lock down at my city I couldn’t have inducted co-actors into them. I conveyed this to my husband who encouraged me to no end and we ended up shooting the short films on our camera. I was really excited to play the part of the films’ writer, director and actor and was slightly apprehensive too, this being my first attempt at such an effort”.

Speaking about Meeta’s character and looks in both these films, she being a fashionista too, and love as she does to experiment a lot with her looks on camera, she said, “I kept my performance very simple in both the films. The topics of both the films were such that there was not much scope for innovation and the script didn’t permit that either, very short films as they were. One film deals with the condition of most lawyers due to the lock down, and the other dealt with the threat to our environment due to deforestation and how we should go all out for afforestation. Both the topics are extremely close to my heart”.

When she was asked about her future plans and whether she had plans to work in the Bollywood film industry, she spoke “Given a chance I would love to foray into suitable Bollywood openings ! But the roles, whenever offered, have to be something that I am comfortable with. Coming from a family which was once connected with the film industry in a big way, I would love very  much to be a part of that industry and view it as a resurrection of sorts !”