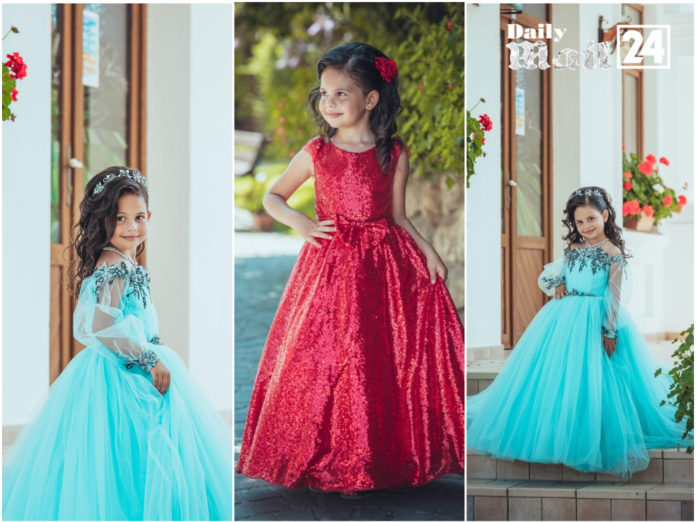 The summer battlefield competition “The Most Cutest SMILE of 2020”

With the world being put on a high challenge, fighting against coronavirus, facing lockdowns and various other restrictions, World Fashion Festival Awards had to postpone the festivals planned for 2020 and set a suitable date in 2021 (October, 29-30) for all designers, exhibitors and distinguished guests to attend and get the best benefits as they were promised from the WFFA events.

This had also offered a new opportunity to focus on children and their potential of competing for their best smile, and this is how the concept of the Summer Battlefield “The Most Cutest Smile of 2020” began.

With many contestants registered, children from all around the globe competed and have been voted by their fans to be nominated amongst the TOP 10 Winners.

After three months of tough competition, with thousands of votes and messages of admiration, the WINNERS are finally announced. Let’s meet the winners and their hobbies, achievements and passions.

Karla Roberta Szasz is a sweet adorable5 years old girl who is fascinated by fashion, music and dancing. She is easily adapting to any challenges having as her main strengths the ability to remain calm, determined, ambitious, diplomatic and elegant at the same time.

Karla’s dream is to conquer the world as a model, having started her career at the age of 4. She has participated at many national and international fashion competitions, where she has been awarded various titles such as: “The Youngest Model” at Fall’s Colors Festival (Pitesti, Romania) organized by Miss Valeria Coman joined by the famous designer Catalin Botezatu; “The Most Charming Lady” at International Gallery Journey of Ball Dress (Kiev, Ukraine) led by Billa Knyazivna and many others. As ambitious as she is, she strives to be ahead of everyone.

Daniel Ciprian Casian is a very sweet, yet shy 5 years old boy who is fascinated by fashion and sports. He loves to smile and to make others smile too. His angel face is melting everyone’s heart and he hopes his photos will melt your hearts as well and vote for him.

Daniel is known for participating and being awarded many trophies at numerous national and international fashion events, including in Dubai last year.

His dream is to achieve a modeling career and to succeed in everything he does!

Maya Sinc is a 13 years old fashion passionate teen, being a member of the WIP Model Academy by Ioana I & B for almost 3 years. Maya loves to play at piano and block-flute, to swim and to draw. She has participated in many fashion competitions as a model, as well as a young emerging fashion designer, demonstrating her talents by winning the award as” The Youngest Fashion Designer” at the international festival “Fall’s Colors” (Pitesti, Romania).

As a model, Maya is known for her numerous awards, such as the 1st Runner-up at ‘Miss & Mister’ in 2019 (for her age category) and Excellency   Award in 2018, ‘Miss Elegance’, Best Youngest Model at “Fall’s Colors” 2018, Diploma of Excellence at Summer Fashion Night, etc. In addition, she has been featured in a renowned magazine in Romania acknowledge to be amongst “the Most Beautiful Children of Romania”.

Alexandra Lemnaru is an 11 years old teen, who is a Romanian citizen born in the UAE. She loves tennis, art, dancing and singing. But most of all she loves nature. Her growing interest in the arts made her the main lead in her school plays and productions.

Alexandra is a joyful, intelligent, well behaved young girl. She always leaves the set with a smile and leaves the others with one as well. She has a strong and quirky sense of humor.

Giulia Birlutiu is an adorable and very sociable 3 years and 3 months old girl, who born in Spain and later moved to Alba Iulia, a beautiful city in Romania.

Giulia loves modeling since she was 2 years and 5 months old. She has been a member of the WIP Model Academy by Ioana I & B, under the leadership of professors Ioana Urcan and Anamaria Avramut where she had the opportunity to attend a few fashion competitions and won as the first runner-up. She also loves to be in the spotlight of photo-shootings, as well as attending sportive dancing classes at the club “Dance to Sunrise” under the mentorship of professor Vlad Vasile. Her dream is to compete in many contests and win them all!

Timeea Anais Stoica is a charming 5 years old girl who is fascinated by fashion, folkloric music and dancing. She has started modeling at the age of 3, having the opportunity to showcase for Romanian designers such as Ilona Andreoiu (at Golden Star Kids) and for Maia Shink (at Fall’s Colors where the Head Judge was the famous Romanian Fashion Designer Catalin Botezatu).

Her imminent beauty has been noticed not only as of the Face-off for the Baby Style Store but also rewarded with Trophy Awards in numerous events as the “Best Kids Model of the Universe”, “The Most Charming Lady” at International Gallery Journey of Ball Dress (Kiev, Ukraine) led by Billa Knyazivna, and soon she will compete in Kiev for the Young Miss & Mister of the Universe.

Folkloric music is her second biggest passion, her hard work being rewarded with awards as well, at the Music Festival Hermannstadts Fest, at Association Dor de Dor Elena Sima and others.

Adeena Ashif Mukadam is a very sweet, friendly, loving and very smart 9 years old girl. She is from Gems Cambridge School Sharjah and she is a Student Ambassador for Water Alliance. Recently, Adeena has been awarded a certificate for being the ‘Handwashing Hero’ demonstrating the perfect example of a role model. She loves to be an Ecowarrior saving the earth, water oceans and the environment.

She has won many awards in the karate championship tournament, school events (like dancing, singing, best performance cup…), as well as recognition certificates in spell-bee competition from ‘brainobrain’. Her inner passion is to teach her classmates by being kind, provide help and ignite the leadership skills in them. Her dream is to become a teacher when she grows up.

Mara Georgiana Teodora Sabau is a preschooler of 6 years old, who has music as her biggest passion. She has started singing classes at the age of 4 by joining the “Kids Sing” Club under the leadership of Professor Nadia Moldovan. As a result of 2 years of hard works, Mara has succeeded to accomplish many of her dreams by winning various awards at singing contests, such as Trophy Award at “Be a star in your country”, Award of Excellence at “The Sound of Music” and 1st Runner-up at “Kharisma”.

Mara also loves doing sports, especially swimming and skiing, playing with pets, enjoying climbs and trips, and recently she has started her journey in fashion.

Ionela Maria Ghip is a 10 years old singer and violin player, who loves to swim,

to run, to dance (especially ballet and modern dances), and she is fascinated by arts. She enjoys taking acting classes, but mostly she is captivated by the fashion industry, this is why she has decided to become a member of WIP Academy.

One of Ionela’s biggest achievements and passions is to represent her nation in worldwide competitions, by showcasing the beauty of the Romanian attire, traditions, songs and dance. And she has been awarded for that, repeatedly, latest competition she won was this year in Kiev for “The Best Ball Dress” as the Best Young Runway Model.

Natalia Alexandra Bendre is a charming 10 years old teen who is a fourth-grade student at Don ORIONE High School in ORADEA. She is a special child, generous and loves animals very much. Her passions are music, modeling, dance and piano. From the age of 7, she discovered her musical talent and from then until now she has managed to collect a lot of awards and trophies both in the field of music and in fashion. She is a student of the singing school Enjoy music Oradea and model in within the models Romania agency. He participated in various charity concerts to offer his support. Her biggest dream is to become an international star to sing and perform on the big stages of the world and believe in her dreams.