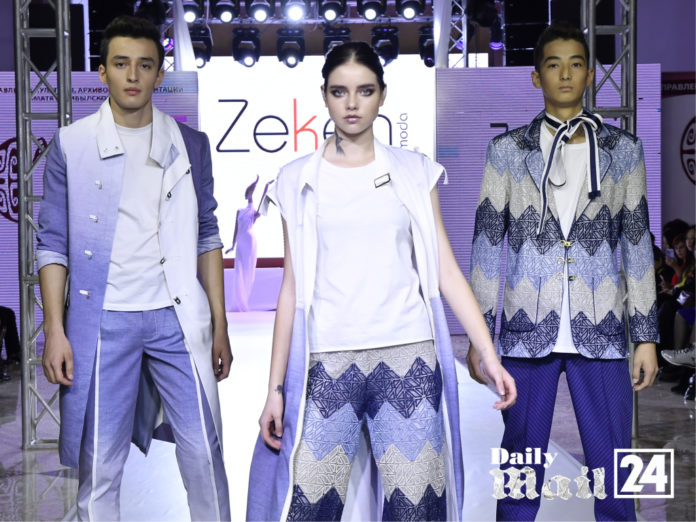 The Silk Way as the trade highway appeared in the III century B.C. and existed until the XVI century of our century. The ancient Silk Road trade cities have witnessed a lot of devastating wars, destruction, fires, famine and epidemic. Some of them faded into eternity, leaving the descendants only anonymous ruins, others burst into flames and died, but were reborn again to amaze the world with their wealth, blue domes and tracery of terracotta ligature of mausoleums and mosques. 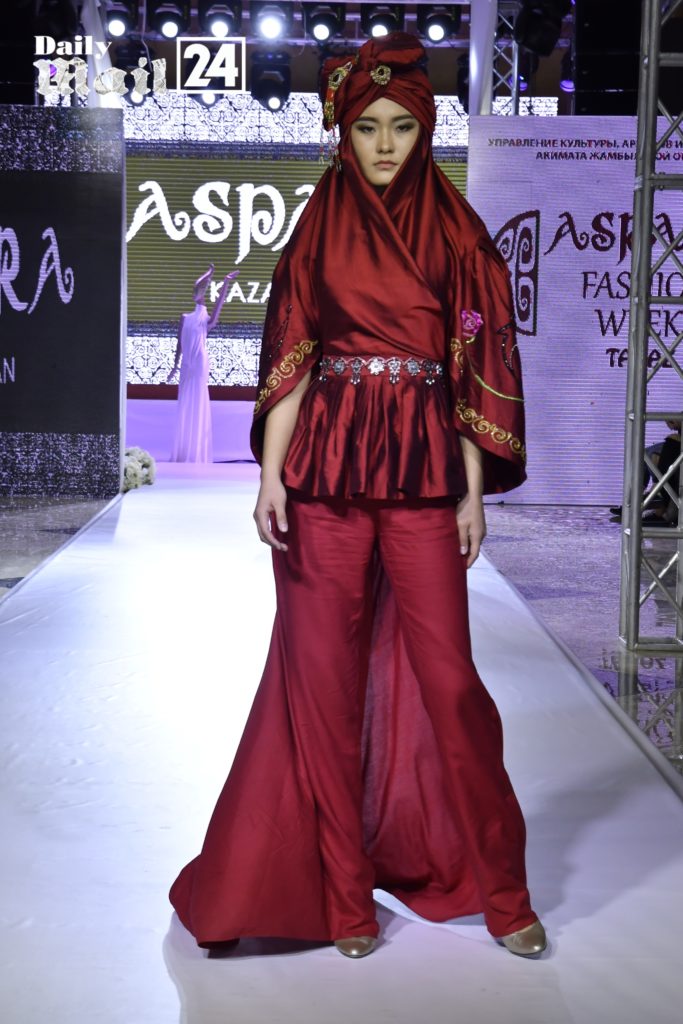 The main route of the Great Silk Road on the territory of Kazakhstan passed through the south of the country. From the border of China trade caravans were moving through the cities of Merke, Taraz, Sairam, Yasy, Otrar, further to Central Asia, Persia, the Caucasus and Europe. All these cities owed their appearance to traders who, crossing the vast Kazakh steppes, made stops, which turned into caravanserais, and those, in turn, turned into settlements, which over time grew into cities.

Handicrafts, architecture, culture, art and religion spread along the Silk Road along with goods.

Thus, the Great Silk Road was, is and always will be the symbol of the relationship between the West and the East.

One of the world’s authoritative fashion designers created the ASPARA FASHION WEEK International Fashion Week project, Aidarkhan Kaliyev, in early 2017. Thanks to his activities, for the first time in the southern region of Kazakhstan, international fashion shows were organized and continue to be held with the involvement of not only European designers and the closest representatives of Central Asia. The addresses of the invited designers are distributed all over the world. 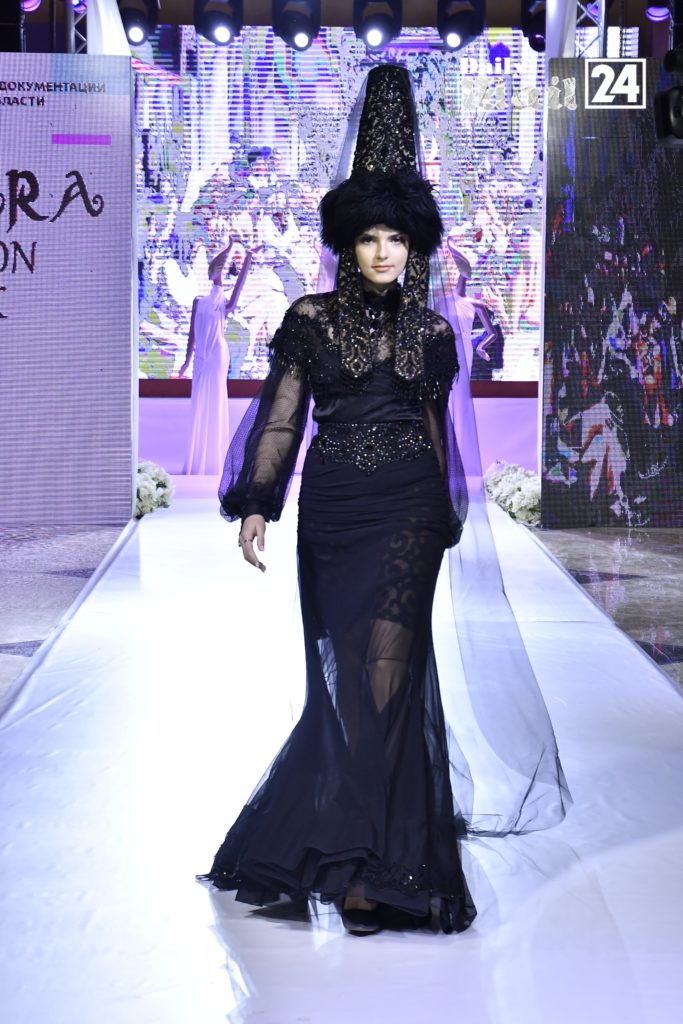 According to the President of International Project Aspara Fashion Week Aidarkhan Kaliev, the project became a platform for the exchange of experience between experts, designers and specialists of the fashion industry. ASPARA FASHION WEEK platform provides participants of the fashion week not only with promotion and status but also with implementation of designers’ goods from Kazakhstan, Central Asian and European showrooms and direct work with buyers.  With each, season the number of participants in the international project ASPARA FASHION WEEK is growing. In the last VI season, 100 designers from 40 countries participated, as well as more than 30 famous fashion bloggers, journalists and presidents of the major fashion weeks in Europe and Asia.

The 7th season of ASPARA FASHION WEEK will be held online under the motto “DIALOGUE OF CULTURES” and will give a second life, second breath to the Great Silk Road from Kazakhstan, where fashion and cultures of different countries, peoples and continents will come together.

Designers and experts from different countries, linking ASPARA FASHION WEEK, will borrow skills and experience from each other, learn new languages and cultures, travel around the world virtually. And of course, Kazakhstan with its sacral city of TARAZ will occupy a special place in this process.

One of the most ancient cities of Kazakhstan, praised by the outstanding poets of the East – Khayyam, Hafiz and Rudaki – once stood at the place of modern Taraz and undoubtedly deserved the right to enter the “Sacred map of Kazakhstan”. We are talking about the polis of the same name, which was included in the top ten most popular cities on the Great Silk Road, along with Samarkand, Turkestan, Bukhara, Khiva and other pearls of the Middle Ages. 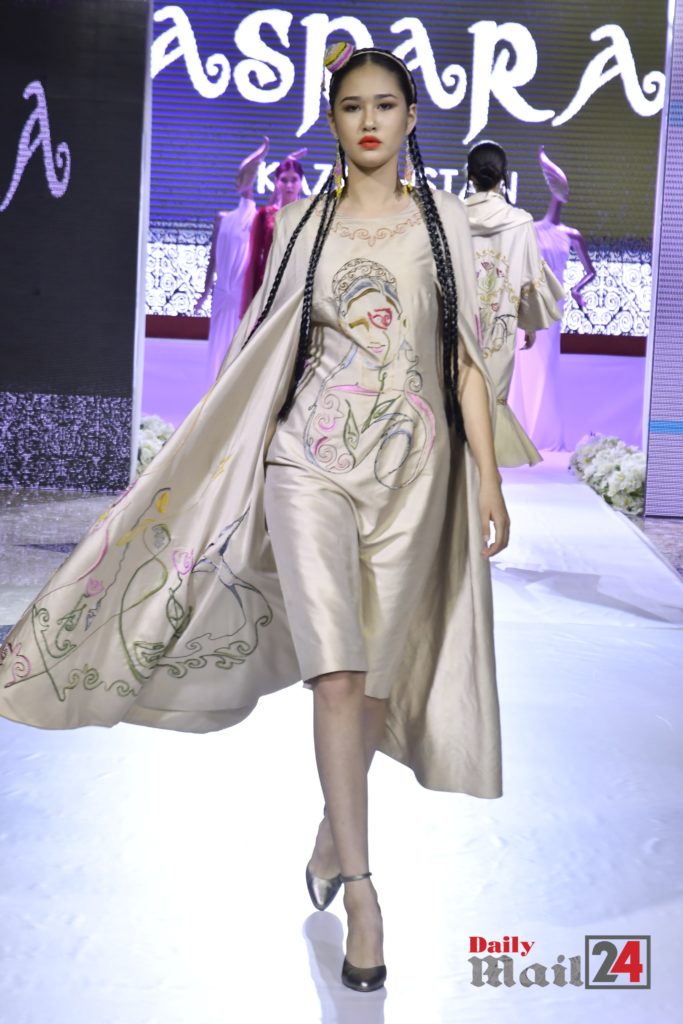 In Kazakh, “taraz” means “scales. This word most accurately conveys the characteristic feature of the polis, which from ancient times was considered a city of merchants. But originally, according to many historians, it was called Talas River, on the banks of which it emerged.

The rapid development of Taraz is primarily due to its convenient geographical location.  The city was used as an entrepot on the Great Silk Road. Different cultures were unwittingly crossed here, which contributed to the mutual enrichment of civilizations of the West and the East, which is going on nowadays. Ancient Taraz can be compared to a mirror of the world.

From the very beginning, Taraz was formed not just as a city, but as a center of the political and economic life of a vast region. The anniversary of Taraz – its 2000th anniversary – is a milestone in the way of development of sovereign Kazakhstan, which has a rich history filled with heroic events, feats of commanders and warriors, acts of scientists, works of poets and artists.

There is no doubt, and we must not forget it, Taraz is one of the most ancient cities of Kazakhstan. It is credited with being the first megalopolis, the first mosque built in Kazakhstan, the first madrasah, and so on. This is one of the few cities where official programs of famous international fashion weeks are held, thanks to which the centuries-old traditions of Kazakh art are revived, the fashion industry of Kazakhstan develops, cooperation on an international level in fashion-industry strengthens.

The continuation of the glorification of the ancient Taraz, the revival of the national spirit, patriotism, dignity and honor is holding the VII season of ASPARA FASHION WEEK,

On the first day, 16 designers from Kazakhstan and Central Asia will present their author collections. The second day will show collections of 34 designers from South-East Asia. The third day will present 19 designers from the world-famous organization WEFT (World Eco Fiber and Textiles). The fourth day is presented by 19 European designers. During ZOOM conferences more than 30 famous fashion bloggers, journalists, presidents of the biggest fashion weeks of Europe and Asia will be present.

Project profile at a glance:

The VII season of the International Project