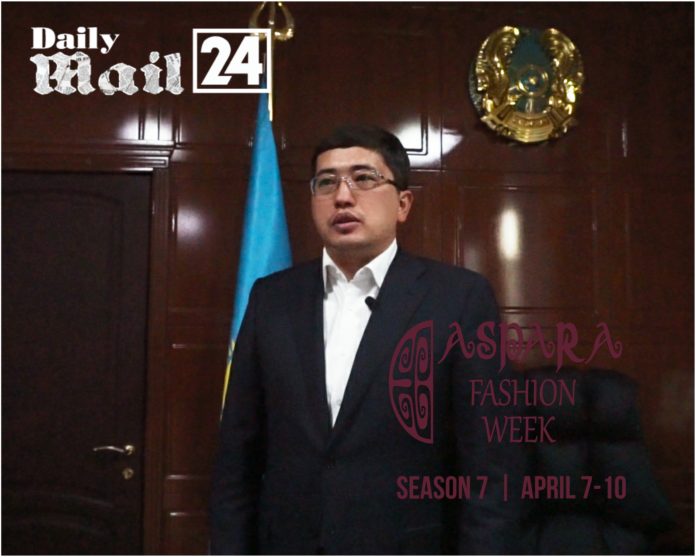 Greetings from the mayor of the city of Taraz Yerzhan Zhylkybaev

Greetings from the mayor of the city of Taraz Yerzhan Zhylkybaev

The main route of the Great Silk Road through the territory of Kazakhstan ran through the south of the country, the cities of which owe their appearance to merchants. Overcoming the vast Kazakh steppes, they arranged stops that turned into caravanserais, and those, in turn, into settlements that eventually grew into cities. Along with goods, crafts, architecture, culture, art, and religions spread along the Silk Road.

Perhaps one of the most ancient cities of our fatherland is the city of Taraz – “the flower of the steppes”, as the great poets said about it, the birthplace of the Kazakh Khanate, a city that has more than 2000 years of history. Taraz is a city with a great history and its own traditions that go back centuries. Many medieval geographers, historians, and travelers enthusiastically wrote about Taraz, telling their contemporaries that the city was the largest administrative center,

The continuation of the glorification of ancient Taraz, the revival of the national spirit, patriotism, dignity and honor is the holding of the VII season of ASPARA FASHION WEEK, which will be held online under the motto “DIALOGUE OF CULTURES”, will give the Great Silk Road a second life, a second breath from Kazakhstan, where fashion and cultures of different countries, peoples and continents will converge.

The creator and soul of the project of the International Fashion Week “ASPARA FASHION WEEK” is one of the world’s most respected fashion designers – Aidarkhan Kaliyev – the first Asian designer working in the official programs of the famous fashion weeks since the beginning of 2017. Under his careful guidance, the project has become a platform for the exchange of experience between experts, designers and specialists of the fashion industry.

In the 7th season of ASPARA FASHION WEEK online, TARAZ will host more than 90 designers from more than 30 countries. Designers and experts from different countries who are connected by ASPARA FASHION WEEK will learn from each other’s skills and experience, get acquainted with new languages and cultures, and virtually travel around the world. And, of course, Kazakhstan with the sacred city of TARAZ will occupy a special place in this process.

In order to flourish the culture of knowledge, preserve national identity, cooperate with foreign partners, promote the development of tourism business in the city of Taraz and the region as a whole, the next VII season of the International Fashion Week “ASPARA FASHION WEEK” is held in Taraz.

We invite you to visit our southern, sunny city, enjoy its hospitality and warmth.