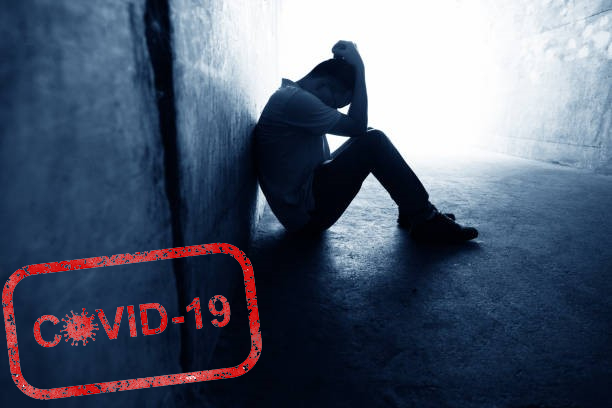 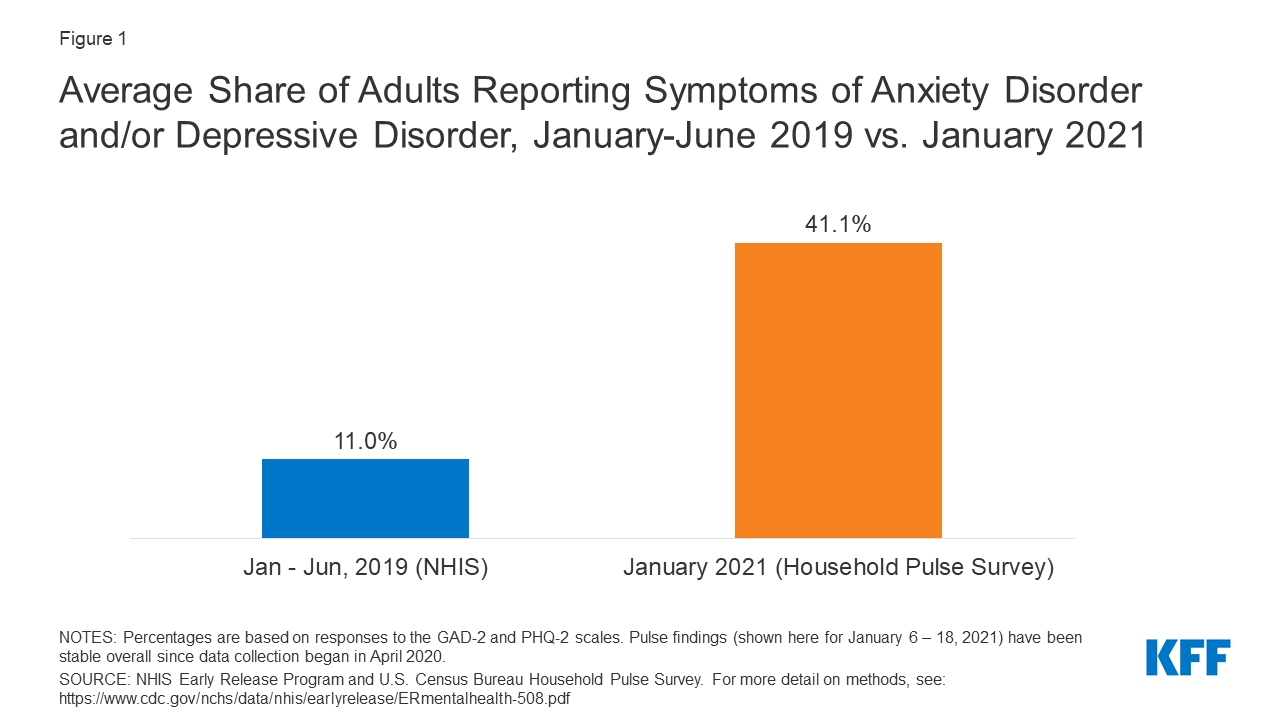 These statistics were gathered at a time before anyone could foresee Covid or the implications it would have on the sobriety and mental health of a global population.

In data extrapolated by the U.S. Census Bureau Household Pulse Survey, KFF’s study reported that the average share of adults reporting symptoms of anxiety disorder and/or depressive disorder went from 11% in 2019 to 41% in 2021. The study further notes that among young adults (18-24 years old), 26% reported suicidal ideation and 25% reported substance abuse.

According to the same study by KFF, Adults age 65+ are at the lowest end of reporting symptoms of Anxiety and/or Depressive Disorder at 29.3% – yet are considered among the highest risk group for severe complications, illness, and deaths from COVID-19. Are younger people at a higher risk for developing suicidal ideation or is there a less likely chance that older generations will report depressive and/or anxiety symptoms out of fear of the stigma surrounding mental health? 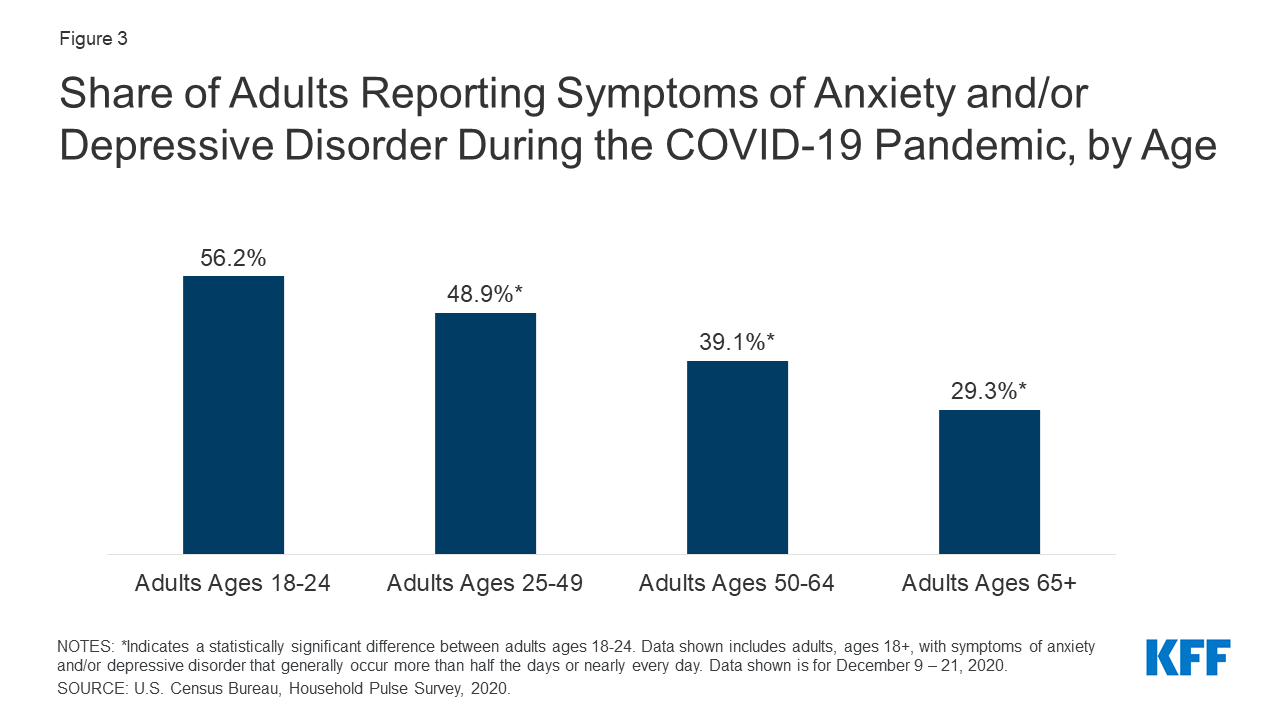 Reports from the US Centers for Disease Control and Prevention (CDC) show that 80% of the deaths from COVID-19 occur in those over the age of 65.  The strategic measures are taken to stop the spread of the virus during the pandemic – such as social distancing, avoiding events and get-togethers, and isolation has increased the mental health burden of COVID-19.  Some of the mental health ramifications for older generations in the wake of the pandemic include loss of socialization, loss of a support network, mental stress and anxiety, the digital divide limiting means of access to healthcare, and a decrease in exercise.

According to a medical report entitled, “The Impact of Epidemic Outbreak: The Case of Severe Acute Respiratory Syndrome (SARS) and suicide among older adults in Hong Kong” there was a severe increase in elderly suicide rates during the SARS pandemic. This furthers shows how a pandemic can trigger new and pre-existing mental health disorders such as depression, anxiety, PTSD, and contribute immensely to suicidal ideation – especially in the most vulnerable elderly population.